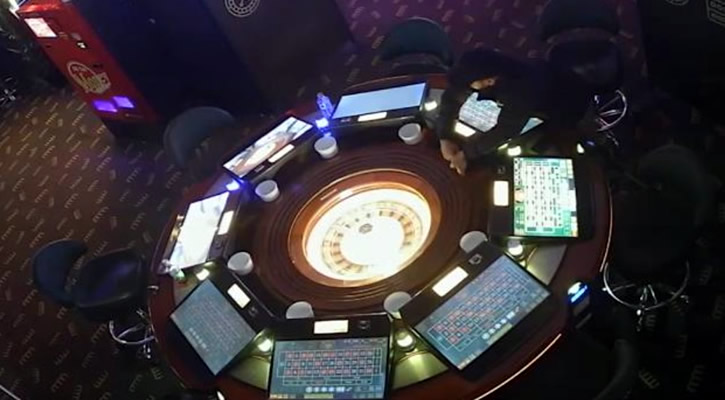 National Police have arrested three people for defrauding more than €60,000 from at least 19 different gambling halls in Madrid, by rigging the electronic roulette tables throughout the capital.

In a report by the police today, Saturday 10, they tell how the investigation was launched after the head of a gambling hall in the city, issued a complaint to the police, reporting an unusual economic loss on his electronic roulette tables.

He also gave a detailed report on what he thought were suspicious coincidences of similar losses being made in other gambling halls that he operated, but only on the roulette tables, and the officers realised this tied in with similar reports from a bingo hall in the capital.

Clever police work established and identified certain individuals who had been detected as being in these gambling halls on the dates and times that the reported losses took place, and now that the suspects had been identified, the next step was to catch them in operation at the tables.

Soon, the modus operandi of three players was established, how, by using a skillful system of balances, they could cancel the machine’s alarm and thus move the dome of the roulette wheel so that the ball fell on the number they chose, while one of them distracted the manager as they were in action.
The most difficult step of the operation for the investigating officers was to actually pinpoint the suspects, as they skillfully managed to evade being detected by continually leaving Spain for Morocco, and then once back in the Spanish territory, never keeping the same address for too long a period of time.
Finally though, the police caught up with the three men and they were arrested as they left one of the gambling rooms, and their vehicle was also confiscated, with the police saying the operation remains open and they are not ruling out further arrests, as reported by 20minutos.es.