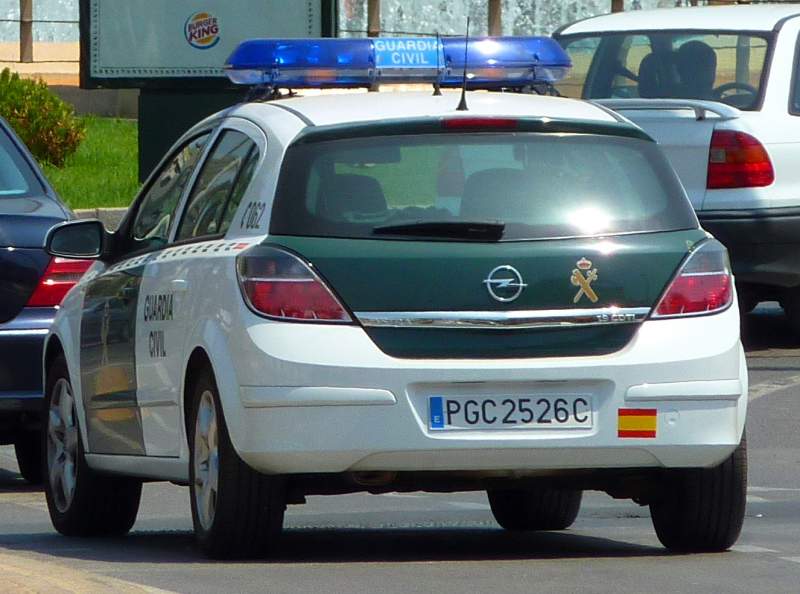 Attempted kidnapping by drug traffickers of a lorry driver who thought he was only carrying pineapple juice.
AN unwitting lorry driver in Spain’s Valencia ended up on the wrong side of four drug traffickers when he refused to hand over the keys to his vehicle, believing he was legitimately carrying a load of pineapple juice. Officers from the Guardia Civil have since arrested the suspects for attempted kidnapping, after they tried to forcefully take the lorry where 1,861 kilos of cocaine had been stashed following an error in the distribution of goods in the Puerto de Valencia by a network of drug traffickers.
The unfortunate driver had pulled into a rest stop after collecting his cargo of juice from the post on June 16, and was taking it easy until his shipment was due to be delivered. According to official reports, when he arrived back at his vehicle he was met by a group of men who offered him a large sum of money in exchange for his lorry. When the baffled worker refused to hand over the keys, the would-be kidnappers attempted to bundle him into the back of the container, but the ensuing struggle attracted the attention of other customers at the rest stop and the assailants fled on foot.
When the Guardia Civil arrived on the scene a short time later, they examined the cargo and found 1,861 kilos of cocaine in black refuse sacks hidden among the bottle of pineapple juice. The ensuing investigation identified the four suspects, three of whom were already known to police from operations relating to container transport in the port of Valencia.
It was later discovered that the unfortunate event had occurred because of a simple error at the port, where the narcotics had been put in the wrong container. Rather than risk losing such a large quantity of cocaine, the drug traffickers decided to try and kidnap the hapless driver, who was completely unaware that he was carrying anything illegal.
The arrests were carried out in Museros, Rocafort and Valencia. One of the suspects was eventually arrested after hiding out in Europe for several months; he returned to Spain once he thought it was safe to do so and was quickly identified and captured.
Source: 20 minutos