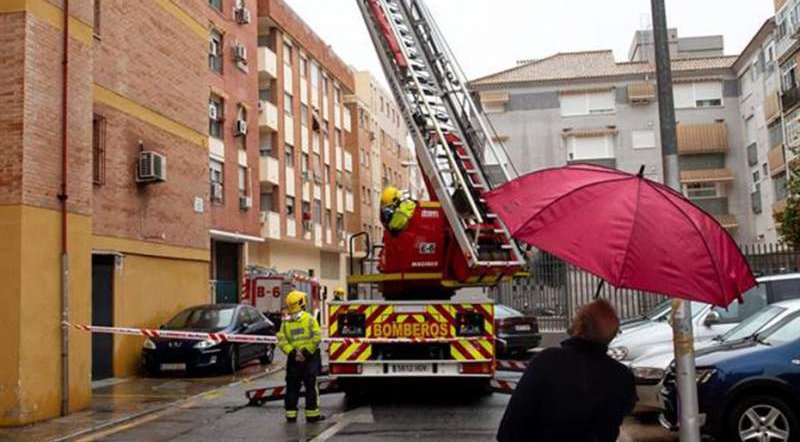 Block of flats in Jaen evacuated after a fire destroys a family home this afternoon, Monday, April 12.
THE blaze broke out in an apartment at a block of flats in Andujar around 1.40pm, according to Emergencias 112 Andalucia.
A couple and their young daughter were at home at the time, but they managed to escape and fortunately, the emergency service confirmed there were no reported injuries.
Several neighbours called 112 to report a fire at a property in Huelva area, and the coordinating centre immediately deployed the Fire Department, Local Police, National Police and health services from the Junta de Andalucia.
“The health services have confirmed that they have not had to attend to anyone,” said Emergencias 112 in a statement.
However, Local Police reported that “the property in which the fire originated, in which resided a couple with their young daughter, has been completely burned”.
“In addition, they have reported that the block of apartments was evicted as a preventive measure during the intervention and that all the neighbours, except the inhabitants of the affected apartment, have been able to return to their homes,” added Emergencia 112.
Last week, emergency services were unable to save the life of a driver after his lorry veered off the road, collided with a barrier and overturned.
Several witnesses called Emergencias 112 Andalucia, and Jaén Fire Brigade, the Guardia Civil traffic police, the Local Police, and the road maintenance unit were rushed to the scene.
The driver was trapped inside the cab, and clearly in need of medical assistance, but despite the efforts of the emergency services, he was confirmed dead at the scene.
Officers from the Guardia Civil Jaén traffic department set up a road diversion to send traffic via the A-6001 until the lorry was removed, and the road surface cleared of all debris by the roan maintenance unit.