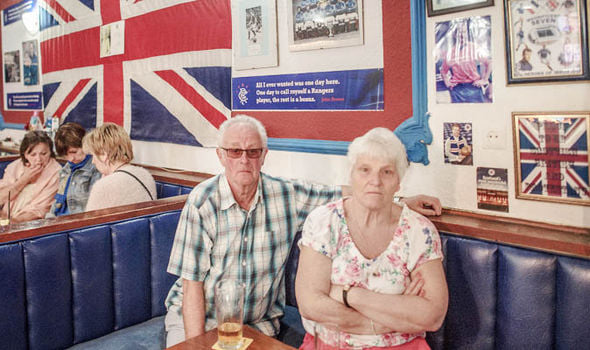 BRITISH expat pensioners should see a little extra in their bank this month as the UK’s promised rise starts today, April 12. Although any extra money in these very difficult times would be welcome, €20 will just about cover the recent gas bottle price rise in Spain and hardly cover the upcoming electricity tariff changes. Exchange rates have dropped over the last week, at the time of writing £1 was valued at €1.15.

On top of that, expat pensioners thinking of moving to Spain are now being expected to show an income of €24,697 – with the UK pension just over €7,644 a year, how is this even possible?

Facebook users were up-in-arms immediately over the amount of the rise:

“The UK state pension is the lowest in the developed world and is significantly below all European countries.”

“Most pensioners will not be living on the basic state pension, they will have personal or work pensions, property and savings – how else would they have been able to pay rent or buy property in Spain. For those that already live there, their figures would be irrelevant as they should have applied for residency. It may affect future retirees, but let’s be honest, how many people can afford to have a second home anyway?”

“This highlights how very low our UK state pension is. A very sad situation when pensioners cannot relocate to Spain in their retirement because of low income.”

That was just an example of thousands of comments!

What the DWP says

The Department for Work and Pensions (DWP) – which sets the rates – said pensioners will see their incomes rise by 2.5 per cent – with the average retiree to see their pay rise by £4.40 – €5.0 a week.

The annual increase is linked to the ‘triple lock’, which was introduced in 2010 to safeguard pensioners from any increases below the cost of living. The rule means pension payments must rise each year by whichever is highest out of the average UK earnings growth or the Consumer Prices Index measure of inflation (CPI).

Who can claim a state pension in Spain?

To first qualify for the minimum state pension, you must have worked and paid Spanish social security contributions for at least 15 years. Additionally, at least two of these years must be within the 15 year period immediately preceding the pension claim.

There are however some exceptions that can count towards your contribution period, for example, maternity leave, unemployment, or certain workplace hazards.

In order to claim a full Spanish pension rate, you must have worked and contributed for at least 36 years – this will rise to 37 years by 2027. Self-employed workers in Spain can claim a pension, providing they have registered and paid social security contributions into Spain’s self-employed social security fund.