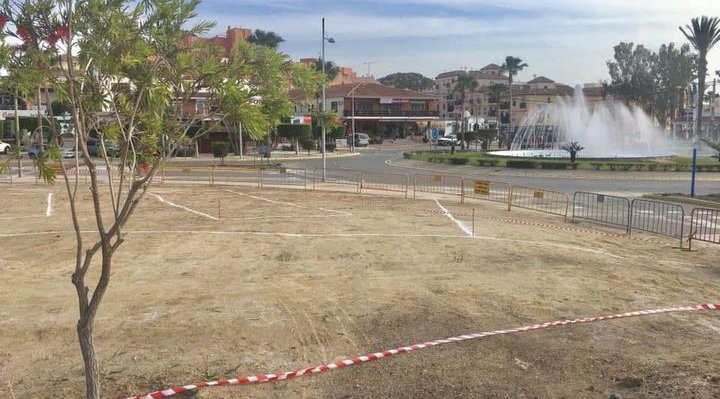 Expat outrage at proposed ‘eyesore’ petrol in the heart of a picturesque Andalucian village
THE idyllic village of San Juan de los Terreros is often described as the jewel of Andalucia, situated as it is at the easternmost part of the community, resplendent with blue flag beaches, bays and coves. The picturesque landscape and year-round hustle and bustle make it a desirable destination for both Spaniards and expats, while tourists flock to the village in the summer months. But now it would seem that, rather than improving the visage of the region, the powers that be are intent on tarnishing the jewel, by constructing a large petrol station right in the heart of the village.
One outraged resident contacted the Euro Weekly News to express his concern, not only about the aesthetic issues, but also the safety and environmental implications, which he describes as “an unexploded bomb.” It would also appear that imminent construction has been planned without any consultation with residents, who have tried in vain to set up a meeting with the town hall so that the people of Terreros can voice their objections.
So strong is the local feeling that residents have set up a dedicated Facebook page to discuss the matter, and have launched a petition that will be sent to the town hall. According to the author of the petition, while the residents of the village aren’t opposed to change and progress, they vehemently object to an eyesore that could also potentially put lives at risk. The petition states that placing the petrol station in the proposed location will increase traffic in front of the Medical Centre and next to the Annual Fair site, which attracts many children, and is simply “an accident waiting to happen.”
The petition has already received dozens of signatures after being live only a couple of days, and these feisty residents have no intention of giving up the fight to save their beautiful village, over which “a major row is brewing,” one local told EWN. Other neighbours have taken to Facebook to voice their disgust over the ill-conceived project.
“As a homeowner and living permanently in San Juan de los Terreros, I would prefer the drive to the petrol stations in Aguilas or out towards Cuevas, than the ‘convenience’ of an eyesore in the centre of town,” one resident wrote.
“Those of us who live and love San Juan de Los Terreros consider it PARADISE. So we end up with PETROL pumps in the centre of town?? And the safety of the residents?? And road safety? Is there no other place?” another added.
Full details of the fight against the petrol station can be found on the official Facebook page, and the petition can be signed here.