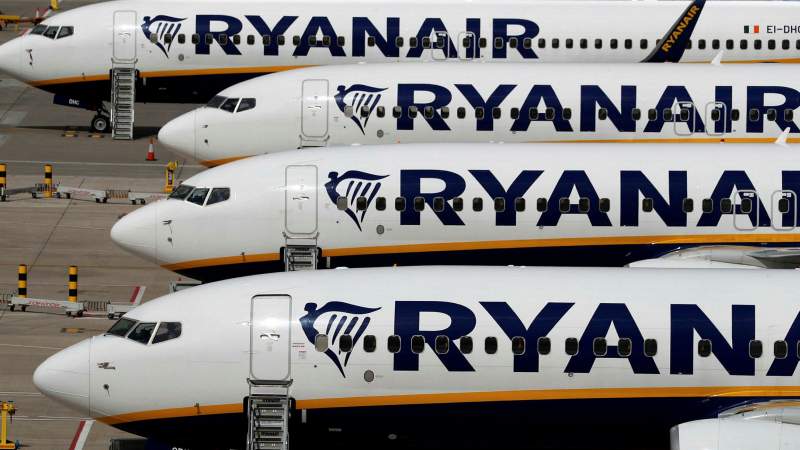 Ryanair is blaming the lack of demand for flights on the EU’s slow rollout of the vaccines. Airlines had pinned their hopes on a summer season recovery, however, the vaccination campaign is not progressing in the same way throughout the EU. This has led the Irish low-cost airline to criticise the measures that the European body is implementing and to ‘lay the blame on the bloc’ for the lack of passengers.

“Easter travel restrictions and blocks and a delayed traffic recovery in the peak summer season of 2021, due to the slow EU roll-out of vaccines, means that fiscal 2022 traffic is likely to be towards the lower limit of our previously estimated range, “said the airline in a statement this week.

The airline has continually shown its disagreement throughout the pandemic with many of the measures adopted by the EU.

Ryanair has updated its forecasts for the fiscal year 2021, which ended on March 31, anticipating net losses of between €800 and €850 million euros, which was lower than the previously estimated figure of €950 million euros.

During the past fiscal year, the company transported o total of 27.5 million passengers, 81% less than the 149 million of the previous year, as a result of travel restrictions imposed by governments due to the expansion of the coronavirus pandemic.

The company said: “While it is not possible at this time to provide meaningful full-year 2022 profit guidance, we do not share the recent optimism of certain analysts.” The firm warned that some analysts predicting the carrier would return a profit over the next year were too optimistic, adding it expected to approximately break even.

Analysts believe Ryanair will be in a strong position to bounce back from the health crisis because of its low-cost base and strong balance sheet considering the crisis. Ryanair chief Michael O’Leary has lately become more optimistic after predicting summer travel across Europe would return soon.