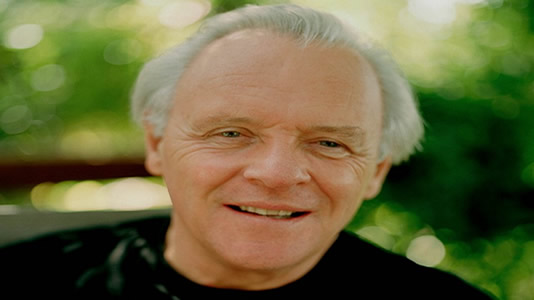 History Is Made At The BAFTA Awards By Sir Anthony Hopkins . image: flickr

Legendary veteran screen actor Sir Anthony Hopkins won the 2021 BAFTA for ‘Best Leading Actor’ on Sunday 11, for his highly-acclaimed performance in The Father, to become the oldest ever male winner of the prestigious award, at the age of 83.

But, as actress Renée Zellweger announced his name, Hopkins was a no-show on the virtual ceremony, and the coveted trophy was instead accepted on his behalf by Florian Zeller, The Father’s screenwriter.

Later, Sir Anthony revealed that he really had no idea that he had won the award, saying that at the time, he had been busy in his hotel room in Wales – where he has been living during the pandemic – working on a painting, only being alerted to the news by his family who were watching the ceremony unfold.

Speaking about his win, he said, “This is wonderful, never in my life did I expect I’d get this. I got to a point in my life, this particular film which is a powerful film I know”.

Adding, “So for me, this is a bonus, it’s a fun bonus, and I wish all the other nominees and winners congratulations I’m just so astounded I was sitting here painting in fact in my hotel, and I heard this cheer go off next door, I thought they were watching a football match next door”.

Best Actor was hotly tipped to go to the late Chadwick Boseman, for his role in ‘Ma Rainey’s Black Bottom‘, with the other nominees being Riz Ahmed for Sound of Metal, Mads Mikkelsen for Another Round, Tahar Rahim for The Mauritanian, and Adarsh Gourav for The White Tiger, but instead, Hopkins has the Best Actor trophy to add to the BAFTA Fellowship he was awarded in 2008.

Sir Anthony is not the oldest ever BAFTA winner though, that claim to fame belongs to actress Emmanuelle Riva, who, aged 84, won Leading Actress in 2012 for the film, ‘Amour‘, as reported by dailymail.co.uk.