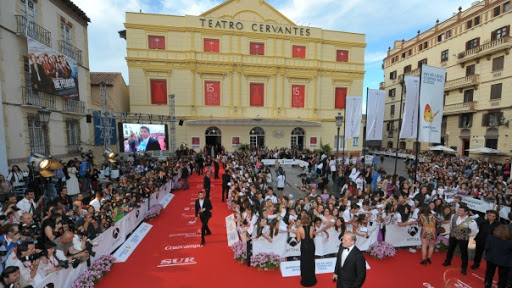 THE annual event, from June 3 to 13, has been extended due to the large number of films and due to the necessary security measures that must be put in place.

The festival’s management said it made the decision after “finalising the film selection process and noting the great interest that exists in the sector for the Malaga festival” – hailed as one of the most important events for Spanish cinema at national and international level.

“In this way, the festival can adapt its programming to the necessary security measures imposed by the coronavirus pandemic. Having an extra day will allow the festival to have an ‘official selection’ that is somewhat broader and closer to the ‘normal format’, which more accurately reflects the reality of current Spanish and Spanish-language cinema,” said the management.

They stressed that the event continues to strive for its ultimate goal of “being useful for this sector”, but also for the city of Malaga and its economic fabric, “since it provides various productive sectors, companies and workers involved in film and culture an important opportunity for business and development”.

Capacity will be reduced depending on the evolution of the pandemic; there will be cleaning and disinfection of areas before and after each screening; controlled audience flows and sale and digital reading of tickets.

Temperatures will be taken and hydroalcoholic gel will be placed at all entrances among other measures.

“The 24th Malaga Festival will therefore be a friendly event, as every year, and once again, safe,” added organisers.

Last year’s event was scheduled to take place in March and had to be suspended three days before the opening before finally being held in August.

A total of 152 films were screened in 262 sessions and almost 65,000 spectators and participants attended.