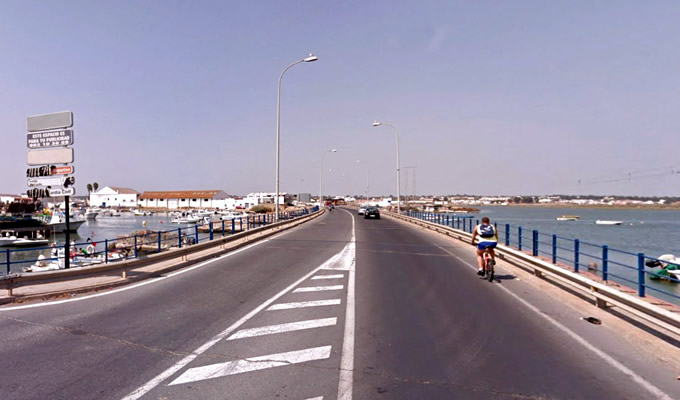 EMERGENCY Works Begin On The Infanta Cristina Bridge In Huelva

Emergency works have started on the refurbishment and repair of the Infanta Cristina bridge over the Carreras River, which is the main access to the municipality of Isla Cristina, in the province of Huelva.

The work on this bridge that is used daily by around 10,000 vehicles will be carried out by the Ministry of Development, Infrastructure and Land Management, and has a budget of €1.9m.

Being in a marine environment, the bridge’s structure has been a victim of extreme corrosion from chlorine, causing cracking and fissuring of elements, extreme weathering, and wearing of the concrete, which is in urgent need of repair, and disrepair to the paintwork, with the whole structure showing signs of carbonation.

A full inspection was carried out of the Infanta Cristina bridge prior to works being authorised, to check the reinforcing bars, making tests of the concrete, and the state of the road surface.

Construcciones Pérez is the company awarded the six-month repair contract, involving not only repairs, but also some work on the piles, foundations, and infrastructures of the bridge, which will mean having hydro-pressure wash the complete structure initially, then carry out repairs to all the exposed concrete surfaces, repair of the abutments, and applying corrosion inhibitors.

The next phase will include repair of the eaves and beams area, the renewal of all expansion joints, the replacement of all metal railings, and the removal of the bionda barrier, to install a new barrier that will afford pedestrians greater safety, plus, the steelwork and the anchors affected by corrosion will be renewed in the pipe hanging installations at the eaves of the bridge.

This 200 metre long bridge connects the neighborhoods of Centro and Román Pérez, via the A-5150 road, across the Carreras River, and its repair work is part of emergency works project that will be carried out on other bridges of the regional road network, with an investment of close to €10m, as reported by juntadeandalucia.es.