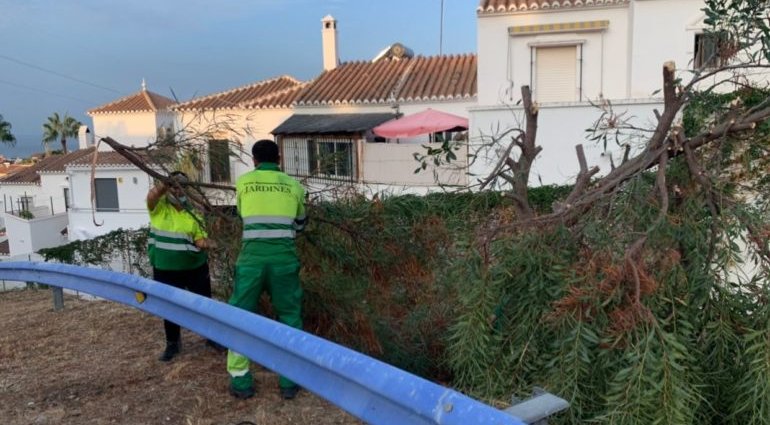 Nerja Council has announced it has taken a step forward in hiring a head of municipal gardening.

THE council said it has now approved the job description for hiring a head of Nerja gardening.
According to Nerja Council, the council met to approve a job description to replace the employee holding the job.
The news was announced by the councillors for Human Resources, Angela Diaz, and Municipal Services, Gema Garcia, who explained that a job bank will also be created with the five candidates who received the best results in the selection process, in order to continue the gardening service.
The council said: “Those interested will have seven working days to submit their applications, once the job is published in the Official Gazette of the Province of Malaga.”
The news comes after Nerja Council announced it is recruiting new officers for the Local Police.
Councillor for Security and Transport, Francisco Arce, said: “We continue working on strengthening the staff of our Local Police, which will have a positive impact on the safety of our residents and visitors, as well as the working conditions of the staff itself. Another measure with which we continue to fulfill our commitment to improve the service.”
Nerja previously announced two new police officers have joined the Local Police.
According to Nerja Council, the two new Local Police officers have already begun their training after being taken on as interns.
The council said the recruits started “after the completion of the selection process for internal promotion.”
It added: “The officers must now pass the training course at the Linares Public Safety School (ESPLI), lasting two months, to proceed with their final appointment.”
Councilor Arce, said the officers had been taken on following a recruitment process looking at their final qualifications.
He welcomed the new recruits, “since with these two new additions, there will be five officers who will be part of the Nerja Local Police staff, which will result in a better service and greater security for our residents.”
He added: “We continue in this way with the municipal government’s commitment to improving our Local Police staff.”