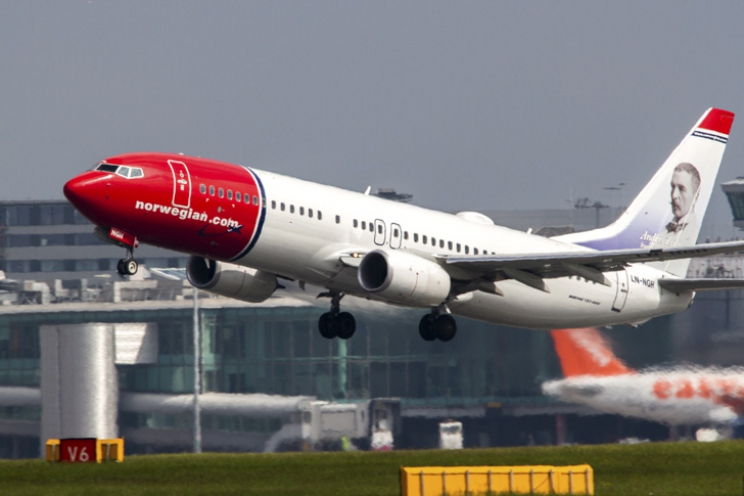 Norwegian Air has confirmed that it will continue to operate from Malaga-Costa del Sol airport and a plane and crew will be based there permanently.

NORWEGIAN airline has finished preparing the structure of its short-haul operations in Spain for the post-Covid period and announced that it will be maintaining its operational base in Malaga (Andalucia).

The airline plans, subject to the easing of travel restrictions by the health authorities, to have one Boeing 737 aircraft and crew based at the Costa del Sol airport during the 2021 summer and winter seasons, and to increase this to three aircraft and crews for the 2022 summer season.

Norwegian will also continue to fly from Alicante airport as before, and run flights to its other usual destinations in Spain with crews based in Scandinavia. The airline said that more specific details on routes and schedules will be announced as soon as they become available.

Spain and Scandinavia are the only two places where the airline will be maintaining its operational bases for the time being, but it has stated that it is fully committed to staying in Spain where it has been operating for 18 years now.

The ‘milestone’ approval by the Olso County Court means that both the airline’s revamp processes in Ireland and Norway have been approved by the courts. The carrier, which has been reduced to flying skeleton domestic services after abandoning all low-cost long-haul operations, will now prepare the process of raising new capital.

Norwegian Air suffered a 94 per cent slump in passenger numbers last month against March last year. The court reached a positive conclusion after creditors approved the reorganisation plan in a reconciliation period that ended on April 9.

The rulings in both Ireland and Norway become final when the planned equity has been obtained. The capital raise is expected to be completed during May. Chief executive Jacob Schram said: “We are very pleased with this important positive decision by the court.

“Once we have passed these two biggest legal milestones we can look forward to continuing the work of raising new equity.”

He added: “I stand very proud of the achievements that Norwegian has accomplished throughout this period and I am grateful to work alongside so many colleagues that have shown such unwavering commitment and determination for us to succeed. At the same time, I wish to recognise the crucial support that we have received which has enabled us to continue our business.”

Malaga airport recently launched a Covid-19 test service at its departure terminals in which travellers and crew members can undergo PCR and rapid antigen tests before taking their flights.