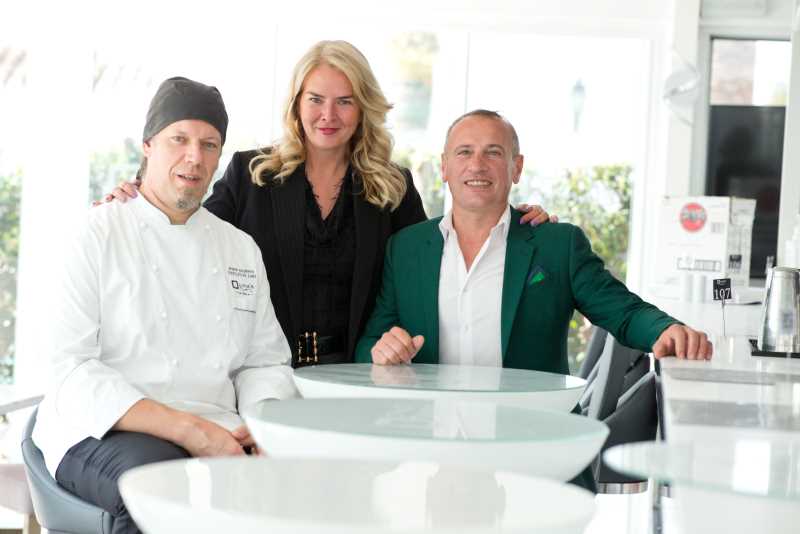 IT was only in 2015 that TV celebrity and restaurateur Elliott Wright opened Olivia’s in La Cala de Mijas but since then it has become an icon of cool on the Costa del Sol.
Committed to his restaurant, Elliott has kept it open all during the pandemic, except when required to close under the State of Alarm, but with the lack of tourists who make up a percentage of the business, he has had a chance to consider the future.
No-one knows when the airlines will be operating again at full strength and in the meantime, there is still a vast untapped local market who could and should be enjoying all that Olivia’s has to offer.
Since opening, it has welcomed people from all over the world, but the majority of customers have been from the UK and Ireland and have tended to enjoy a good night out with some top music.
Elliott recognises that not everyone wants that and has therefore decided to follow a slightly different path and to that end has engaged a completely new team of experts who have many years of experience in gourmet food, fine wines and corporate marketing so that Olivia’s will be looking to appeal to a wider audience.
There is a new Executive Chef, Ryan Murphy who has not only worked in Michelin Star restaurants in New York but was also Head Chef at the Savoy in London when it reopened so his pedigree is second to none.
Ryan says that he wants to move the menu to a new fresh look with a Mediterranean style using both French and Spanish inspirations to offer a number of healthy options with less, pepper, salt and sugar.
In order to attract new customers and to please regulars, the restaurant will be offering special set lunch menus with two courses priced at €18.95 and three courses at €23.95.
On Friday afternoons, there will be a tapas wind down with a free tapa with your first drink and a wide selection of tapas trays at very special prices, so when you take into account that Happy Hour runs from 5pm to 7pm, it’s a great opportunity to see in the weekend.
The new Director of Operations, Stefan Guicheteau arrives from France via the UK having a huge wealth of experience in all aspects of catering, having helped launch NOBU in London as well as opening many of their European outlets.
Stefan has a great knowledge of caviar and wine and whilst creating a new wine list, based strongly on Spanish wines, he will also be including a range at different prices from around the world as well as a selection of great sherries which he believes are still undervalued.
You use many of your senses to enjoy both food and drink, so it is logical to introduce the Olivia’s pairing menu which he will create to highlight the way in which a particular wine can heighten the enjoyment of food.


Completing the new team is Michelle Ross who has a long experience of corporate marketing with such companies as Nike Europe and Sony which she will be bringing to Olivia’s as Director of Marketing and Sales.
This is a change encouraged by evolution rather than revolution, so weekends will still see plenty of music but weekdays will be a little more restrained but with a promise of quality food, great service and sensible prices every day.
Elliott will still bring his immeasurable charm to the operation and once the team are happy with the innovations, then his next project will be to open Olivia’s in Alicante.