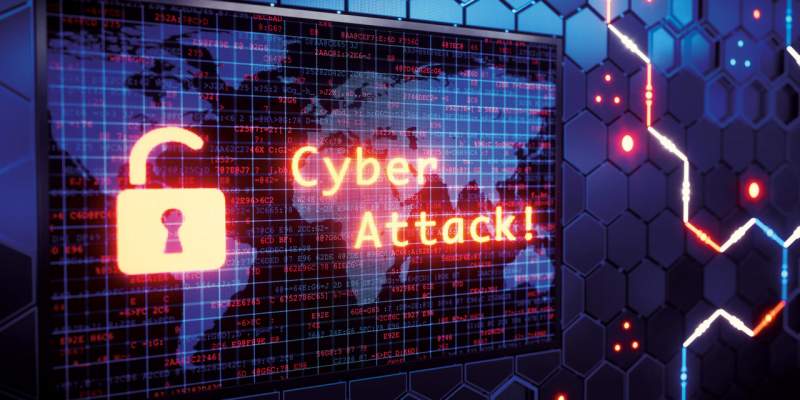 Spain Needs Thousands MORE Professional Hackers To Protect Us From The Threat Of Cyber Attacks.

Spain currently employs around 29,000 cybersecurity professionals, however, four times as many are needed with at least 90,000 required to fill the gap that exists.
Although cyber security has accompanied the IT sector since the first computer systems
came into use, it was only in 2007 when large-scale cyber attacks were perpetrated on entire nations that the topic became the centre of international attention.

‘The attacks have been refined and more redirected over the years,’ says Victor Villagrá, dedicated to training hackers as director of the Master in Cybersecurity at the Polytechnic University of Madrid in Spain.

“The role of the romantic hacker no longer exists, now they are attacks by organised criminal groups with, for example, ‘ransomware’, and also government attacks with strategic or political motives”, said the professor.

It all started with cryptography (encryption of communications) as an almost “esoteric” branch of mathematics, until the internet exploded and computers began to be attacked to steal information.

Ransomware attacks have been reported to have crippled the digital networks of several companies operating in Spain which includes Cadena SER Radio and Spain’s National Security Department. The disruption was huge as it has impacted a chain of local and countryside stations of the National Broadcaster severely.

Everything changed back in 2010 when Iran suffered a historic attack that managed to disable its nuclear power plants. Computers connected to critical infrastructures could be manipulated, it was a message that sent chills down the backs of IT managers, corporations, governments and home users

In case you don’t think cyber attacks are a threat, then consider this, everyday life could be halted by a serious cyber attack.

Take a moment to consider this hypothetical attack

Ok, so you need petrol so you and your partner can go shopping, a basic and sometimes everyday need. You realise you need fue, at the petrol station you notice there is a massive queue waiting to be served, the assistant is red-faced with angry customers all shouting at the same time to get served. The cash tills are down, the credit card machine is offline and the service station ran out of fuel because the automatic delivery system didn’t contact the supplier as the system was hacked.

Faced with this dilemma, you decide to carry on to the supermarket and as soon as get close you notice a long tailback of cars stuck at the entrance- the reason? everything is down, hackers have frozen all the systems and no credit cards can be processed. The alarms are going off due to no internet connection and the manager is flooded with calls from the HQ asking what stock they need to replenish the shelves.
Staff threaten strikes as they haven’t been paid because the banking system has been compromised. Customers form massive lines outside bank branches demanding cash to buy food- when they can find it!
Mobile phones, an absolute necessity these days stop working- imagine you can’t make a call- even an emergency one- or even WhatsApp anyone, and dread the thought, Facebook is down!, time to call in the military for some people!
Criminals operate with impunity as police can no longer trace their tags or even trace them on the police database because it’s been taken down. Courts grind to a standstill and backlogs start to build up.
Health centres struggle to administer proper care as patient records disappear and are worried about prescribing the wrong drugs. When a person gets a prescription there is a high chance of not being able to collect it as the pharmacies have been attacked and cant order new stock. To compound matters, the suppliers themselves have been targeted and are dangerously low on medical supplies.
Schools and colleges make a brave effort to carry on teaching students but soon realise they do not have the resources, many teachers living out the area cant even make it there as they have no transport, due to no fuel.
Travel grinds to a standstill
The vast majority of schools and colleges rely on the internet and digital media to help teach their classes. With the systems down, this is no longer possible, it’s all been deleted by the hackers or held to ransom.
Some people decide it’s time to leave and return to their home country but cannot find a flight because all lines are down and the airline’s booking system has been hijacked.
In fact, even if they did, it would be virtually impossible to even get to the airport as taxi drivers have no fuel either.

So, you get the picture by now i hope. Basically, humankind has got to the stage where we rely far too much on technology and over the past few years, not enough emphasis has been put on training new people to enter the ‘hacking’ industry. Perhaps now, with Russia dn China increasing attacks on a daily basis governments across the world will wake to the fact that more money and resources are required to counteract this serious threat.
What is ransomware?
Ransomware is a type of malicious code that when introduced into the systems of a company or an organization is dedicated to encrypting all its files and spread across all devices. It has thus become a favourite weapon of cybercriminal groups who then demand ransoms from their victims in exchange for a return to normality.
Precisely because of the pandemic, such incidents increased by nearly 90% according to a VMware report. Now, expanding the focus, CrowdStrike ensures in a new document that this type of cyber-attacks has increased 4-fold from January 2019 to the present.
An increase of 300%, according to the Global Threat Report for 2021. Although only a few cases are reported in the media -the most recent and controversial is the cyberattack with Ryuk that has left the systems of the Public Employment Service out of service-, the reality is that cyberattacks with ransomware are the order of the day.
The second half of 2019 already saw a wave of cyberattacks that fiercely hit some Spanish companies such as Everis and Prosegur. Just before the pandemic began in March last year, a hospital in Torrejón de Ardoz suffered a cyberattack that caused many healthcare workers to have to operate without IT resources.