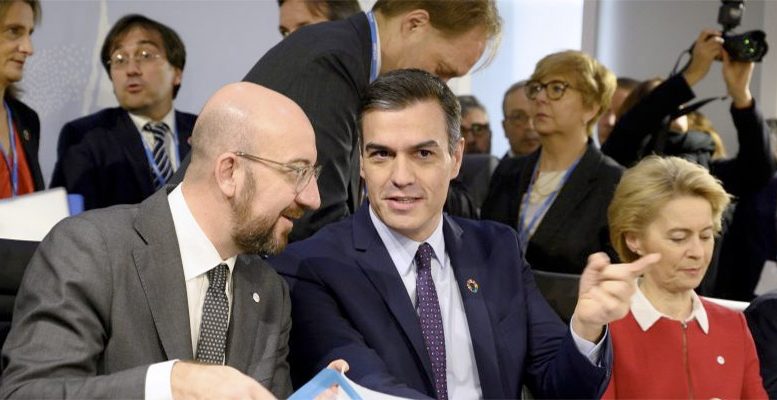 Spain’s proposed labour reforms, a 200 page recovery plan, will be presented by President Sánchez to Congress on Wednesday, April 14, and details the structural reforms and investments necessary to access European funds.

The Spanish Government was asked by Brussels to carry out a profound labour reform that includes the simplification of current contracts with the aim of reducing them to three.

The 200-page text details the most important reforms and also the enormous public investment that will be ploughed into the economy- thanks to the €72,000 million that will come from the European recovery fund.

The document expressly details three types of contracts: One fixed, to cover all activities, another temporary contract to cover activities requiring that and one for “training”, as the name implies.

Priority has been given to a ‘shock plan’ against youth unemployment, the modernisation of active employment policies, (for training), and the digitization of public employment services to bring the country inline with most European countries.

The Executive Commitee also pointed out that there will be a temporary ERTE mechanism put in place that encourages the reinstatement of workers and that will run until the end of 2021.

In addition, the plan reveals “new internal flexibility instruments as alternatives to dismissal and high temporary employment, through two mechanisms for adjusting working time in the face of cyclical or extraordinary drops in demand and accompanying structural transition processes in reconverted sectors.”

The reform plan also promises, quote: “A modernisation of the matching systems of supply and demand, of bonuses and active employment policies, which renews the digitization of management systems to be able to apply artificial intelligence to match supply and demand thereby guaranting a personalized itinerary of training, retraining and employability for workers ”.

Another delicate issue, especially due to the discussion within the coalition, is the proposed pension reform. The document that the Government has prepared -which is not the final one that will be sent to Brussels, will have much more detail and  tiptoes over the most controversial issue, which is extending the retirement age in order to save on pensions pay-outs.

According to the Government’s calculations, the plan would lead to a potential growth above 2% of GDP. “The medium-long-term impact of the plan can lead to an increase in the potential growth of the economy of 4 tenths,” concludes the text, in addition to creating the 800,000 jobs in three years, something that Sánchez has been talking about for months.