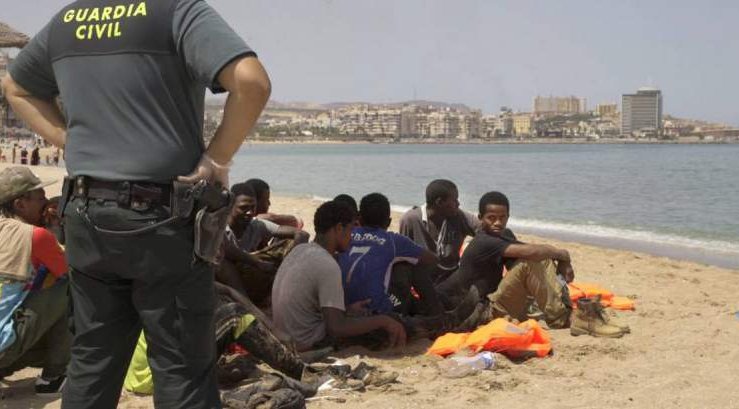 Violent Human Trafficking Ring That Charged €2,500 Into Spain Smashed By Police In Cadiz.

THE National Police have arrested 20 people, 13 in the province of Cadiz and seven in Ceuta, and charged them with being members of a criminal organisation dedicated to the illegal trafficking of human beings. Authorities in Andalucia are said to be worried about the possible contagion risk as none of the immigrants would have been tested for the virus.

The immigrants, mostly Moroccan minors, were transferred by boat to the Spanish peninsula after paying €2,500 per person. The criminal network, considered ‘very violent’, attacked and threatened victims in case of delays or defaults- even threatening them with guns.

The organisation operated in the Campo de Gibraltar region and belonged to a well-known clan in the area. They sought victims from North Africa, mainly in Ceuta or surrounding Moroccan cities. The detainees are considered responsible for the sinking of a boat last February in which four people died – police are said to be investigating a link to that crime also.

Irregular migration in the region has been a prominent issue between Spain and Morocco as human trafficking becomes increasingly lucrative for traffickers. Both North Africans and sub-Saharan Africans attempt to cross the Mediterranean Sea each year as irregular migrants.

The United Nations High Commissioner for Refugees (UNHCR) reported approximately 6,411 arrivals to Spain by sea in 2021. Last year, 788 irregular migrants were reported dead or missing by the UNHCR.

Morocco continues to work closely with Spain authorities to curb human trafficking patterns. In 2020, the US state Department ranked Morocco as a Tier 2 country for human trafficking stating, “The government of Morocco does not fully meet the minimum standards for the elimination of trafficking but is making significant efforts to do so. The government demonstrated overall increasing efforts compared to the previous reporting period; therefore Morocco remained on Tier 2.”

Most of the trafficked immigrants were Moroccan minors who paid €2,500 to travel to the Peninsula in boats with a capacity of seven to 10 people.

Thirteen arrests were made in the province of Cádiz, and seven in Ceuta, all of them for the illegal trafficking of human beings. Of the total number of detainees charged, seven have already been sent to prison.

Another worry for Andalucia is that in the past many of the immigrants have tested positive for coronavirus.