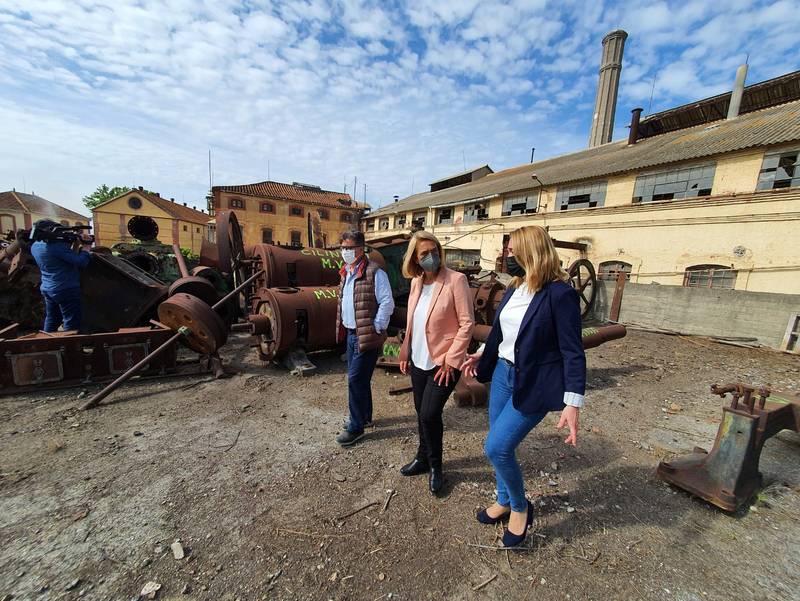 Historical pieces unearthed during large-scale cleanup at disused Nerja factory.
MOTRIL Council has invested €160,000 in tidying up the outside of the Fábrica del Pilar following numerous complaints from neighbours about the “unhealthy” and “unsafe” state of the site.
During the three week project, locally hired workers have been removing considerable amounts of scrub, waste and rubble, and hundreds of historical pieces unearthed belonging to the factory along the way.
All the items are being recovered and catalogued.
The Mayor of Motril, Luisa María García Chamorro, and the Councillor for Industrial and Sugar Heritage, Magdalena Banqueri, checked the pace of cleaning and adaptation of the entire open site the Pilar Factory this week – “an essential part of the rehabilitation works of the abandoned complex”.
“This is the largest cleaning project carried out to date outside the factory, and has transformed the image of neglect, which has been the subject of numerous neighbourhood complaints over the years,” said García Chamorro.
The rehabilitation work will be extended to the interior of the factory next week to protect this symbol of the industrial heritage of sugar throughout the European continent. This will make it possible to clear all the machinery and locate hundreds more small historic pieces,” she added.
The work is expected to take nine months, “and will be ready by the end of the year”, said the council, which will put the €512,000 contract out to tender next week.
In 2022, the council wants to start restoring the warehouse, “where the most interesting machinery is located”, and the renovation of the space will allow for the opening of the planned industrial museum.
The factory closed in 1984, and 12 years later it became municipal property. Plans for its refurbishment were drawn up in 2005, but it was not until this year that work began.
Meanwhile, Nerja Council has announced the works to redevelop Calle Maria de Waard are nearly complete.
According to the local authority, the project has seen the replacement of storm water drains as well as signage, lighting and tree planting.