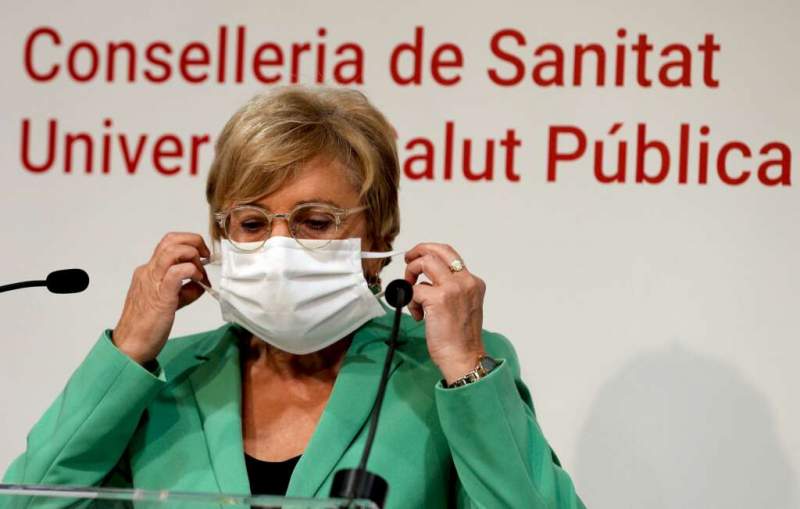 Minister of Health says Janssen delay “won’t disrupt” Valencia’s vaccine campaign because “they hadn’t been scheduled”.
ANA Barcelo said that there was no cause for concern in the Community as the number of Pfizer vaccines due to arrive in Valencia has “increased”, and risen from 45,000 to 125,000 each week, a situation that “will help us to continue with the scheduled plan”.
Johnson & Johnson, the pharmaceutical company that manufactures the Janssen single-dose Covid-19 vaccine, announced yesterday, Tuesday, April 13, that it was delaying the expected launch in Europe, after its use was halted in America due to reports of six cases of blood clotting, or thrombi, being detected.
The news came as a blow to Spain which was supposed to receive 300,000 doses of Janssen yesterday, as announced last week by Carolina Darias, Spain’s Minister of Health.
While Barcelo is confident that Valencia’s vaccination campaign will not be compromised by the delay, when asked if the forecast of reaching 70 per cent immunisation across Spain by the end of the summer is still achievable, Barcelo said that “it will depend on Janssen.
But she said she is sure “that AstraZeneca will again increase the shipment of doses after this punctual cut”.
The Minister’s comments were made during a visit to the General and Pediatric Emergencies and Short Stay Unit at the General University Hospital, which are currently being expanded.
“We did not have vaccination scheduled for the Janssen doses, so the plan has not been disrupted. And neither has the Astrazeneca cutback because we knew in advance the number that were going to arrive, at least for this week and next,” explained Barceló.
“Pfizer is one of the laboratories that is complying and has exponentially increased the number of vaccines arriving in the Comunity, since we started with 45,000 and now it has already confirmed that 125,000 will arrive every Monday, which will help us to continue with the momentum and the plan we have,” she added.