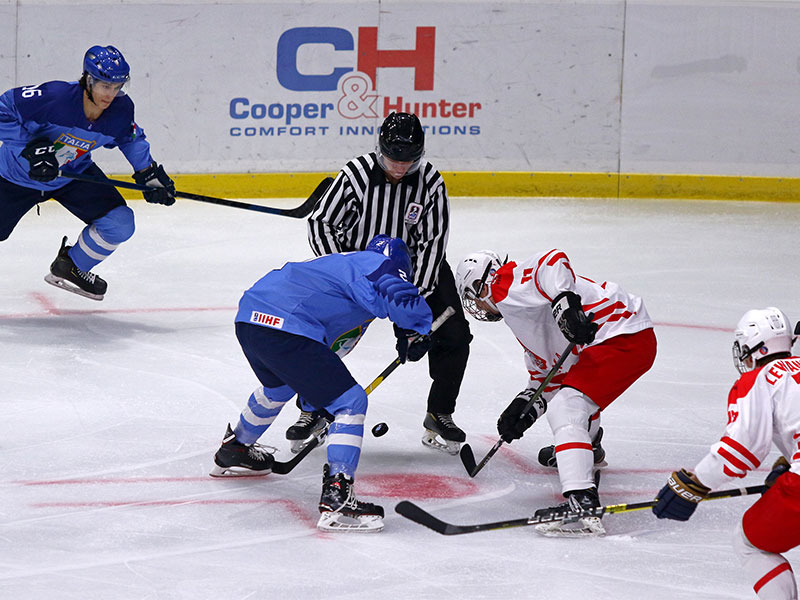 There are 16 countries fielding teams this year in what promises to be one of the most competitive and entertaining tournaments in recent memory.

The competing countries will be broken down into two groups for the preliminary rounds. Group A consists of Russia, Sweden, Czech Republic, Switzerland, Slovakia, Denmark, Belarus, and Great Britain. Group B includes Canada, Finland, the United States, Germany, Latvia, Norway, Italy, and Kazakhstan.

The rosters for the IIHF Championships will be determined once it is known which teams will be competing in the NHL’s Stanley Cup Playoffs. Players who are active in the NHL playoffs will not be able to represent their country in this competition until after their NHL team is eliminated.

The Czech Republic finished fourth in 2019, the last time this tournament was held. They fell to the Russians in the Bronze Medal game.

The Czechs have a large pool of talented players to draw from in both the NHL and the KHL. Head coach Filip Pesan leads a deep and talented club that will likely be led by captain Jakub Voracek unless the Philadelphia Flyers shock the world and qualify for the Stanley Cup playoffs this year with an amazing finish.

The Czech Republic maintains a competitive team every year despite having slightly more than 72,000 players registered in organized hockey.

Former NHL and international star Petr Nedved is now the GM of his country’s team and adds experience to the country’s hockey organization.

The Swedes won five of their seven games in the preliminary round in 2019 and figure to be a factor again in 2021. The Swedes are known for their positioning without the puck and the flow of their attack.

The Swedish Elite League is one of the best hockey circuits in the world and between an imposing group of Swedes playing in the NHL and the talented players they can cobble together from the Elite League, coach Rikard Gronborg should have plenty of tough choices to make when determining his final roster.

Team Sweden will be without longtime goalie Henrik Lundqvist who is sitting out the season due to a heart condition.

Some talented players that could be available for Team Sweden include Mika Zibanejad of the New York Rangers, Gabriel Landeskog of the Colorado Avalanche, and Elias Pettersson of the Vancouver Canucks. They should also have defenseman Erik Karlsson of the Sharks who will not qualify for the playoffs this year.

It is unclear whether the Swedes will have their most recent captain, Oliver Ekman-Larsson, available for the tournament. Larsson’s Arizona Coyotes are on the NHL playoff bubble and if they qualify, Ekman-Larsson will likely miss at least the start of the IIHF Championships.

Finland won their third-ever title in 2019 and looks to repeat as champions this year. The Finns also have a lot of talented players to choose from both at home and in the NHL.

That includes goalie Joonas Korpisalo who should be available since his Columbus Blue Jackets are unlikely to make the playoffs this year. Antii Raanta of the Coyotes could also be available for the Finns if his team doesn’t reach the postseason next month.

Roope Hintz of the Dallas Stars is a talented young goal scorer who could be available if his team doesn’t finish strong and qualify for the playoffs.

The Finns will likely be without many talented players who are expected to participate in this year’s NHL playoffs like Patrik Laine, Aleksander Barkov, and Tuukka Rask.

Finland will be a top challenger this year and has a good chance to repeat.

For our Finnish readers, you can read more about the championships and the betting odds by clicking here.

The Russians have long been a hockey powerhouse and look to be contenders again this year. They finished third two years ago and are the second seed entering the 2021 tournament.

Some top players that coach Valeri Bragin can turn to this year include talented forwards like Alexander Radulov and Artemi Panarin.

Unfortunately, many talented Russians are expected to be unavailable this year as they participate in the Stanley Cup playoffs. Players like Alex Ovechkin, Nikita Kucherov, Evgeni Malkin, and Andrei Vasilevskiy are on teams that may make long playoff runs which could keep them out of this year’s IIHF tournament.

The KHL is also considered one of the best leagues in the world outside the NHL and should provide a lot of talent for the Russian squad.

The Russians are always dangerous and this year will be no exception.

Canada is the birthplace of hockey and it remains one of the best programs in the world.

Veteran NHL coach Alain Vigneault will lead Team Canada this year and he should have plenty of talent available as more than 43 per cent of the players in the NHL were Canadian-born.

Players who may be available for Canada include Jamie Benn, Ryan Nugent-Hopkins, Ryan Getzlaf, Patrick Marleau, and possibly Jonathan Toews.

Canada finished second in 2019 and is always a threat to win these tournaments. The pressure is always Team Canada to win it all.