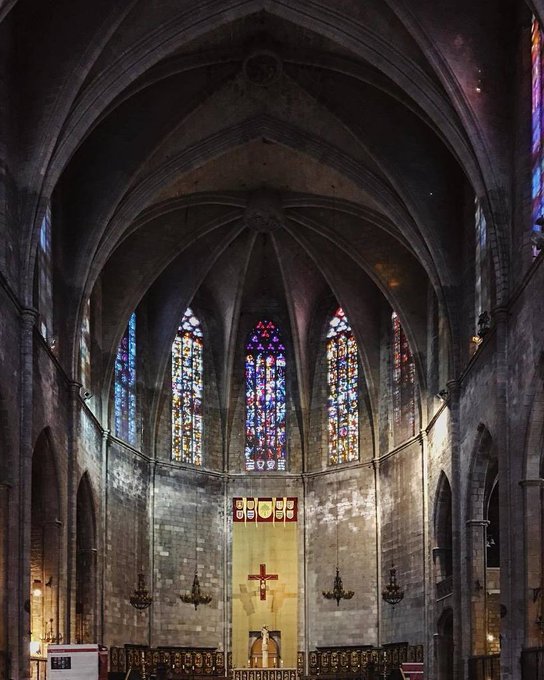 Barcelona hosts the first in-house and virtual concert with the help of Artificial Intelligence.

IN a first for the musical world in Spain, Barcelona has held a concert that featured live, in-house performances as well as musicians from around the globe taking part virtually, through the use of an artificial intelligence tool called Cantāmos. The groundbreaking event was held in Barcelona’s Santa Maria del Pi church and organised by vocal group Cantoría, the European project TROMPA, Pompeu Fabra University and the Catalan College of Music.

Catalan College of Music students performed live at the venue, while musicians from around the globe performed two songs in unison through the Cantāmos online learning tool, which allows people to practise and record the song, which is then put together by the artificial intelligence system so that all those taking part are heard as one seamless choir.

Barcelona has been breaking the mould on the music scene lately. On Saturday, March 27, more than 5,000 people attended a pilot music gig of well-loved indie band Love of Lesbian at the Palau Sant Jordi in the largest event of this kind since the beginning of the pandemic.

Attendees had to present a negative coronavirus test in order to gain entry to the sold-out gig and had to wear masks at all times, however, social distancing was not required.

Rigorous safety measures were implemented for the event: as well as a requirement to present a negative test on the day of the concert, all attendees had to agree to be monitored for 15 days afterwards to ensure the virus didn’t spread after the massive event.

“It is a very responsible audience… We know everyone will be looking at this concert as a possible model for how to keep advancing in the fight against the pandemic, which has caused so much damage, both to our sector and many others.”