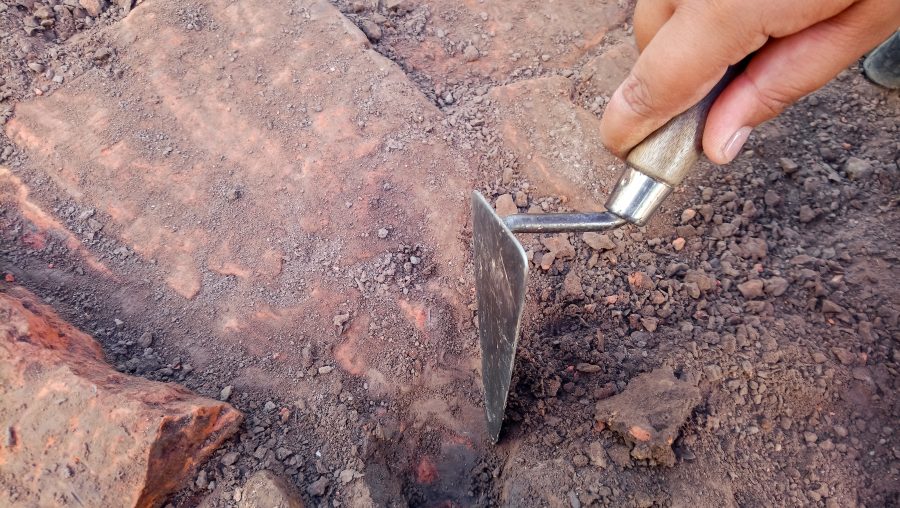 Fossilised footprints in Spain show children frolicking on a beach some 100,000 years ago.
AN amazing discovery by Spanish scientists shows perfectly preserved footprints of a group of 36 Neanderthals walking along a beach in southern Spain, with the younger members of the groups appearing to play and frolic on the sand. The findings, which were published in the journal Scientific Reports on March 11, indicate that this family group made their journey across the Spanish beach some 100,000 years ago, as reported by Live Science.
“We have found some areas where several small footprints appeared grouped in a chaotic arrangement,” said Eduardo Mayoral, a palaeontologist at the University of Huelva and lead author of the study.
The footprints “could indicate an area of passage of very young individuals, as if they were playing or loitering on the shore of the nearby waterlogged area,” Mayoral added.
The initial discovery was made back in June 2020 by two biologists on Matalascañas beach, in Doñana National Park. Mayoral explained that the prints appeared after a period of heavy rain, and that at first the scientists believed they had uncovered ancient animal tracks. It was only after further investigation that they realised they had uncovered dozens of beautifully preserved footsteps as well.
“Nobody recognised the existence of the hominid footprints at that time, which were only discovered by my team two months later, when we began to study the whole surface in detail,” he said.
Subsequent study revealed that the 87 footprints had been made by 36 different people, many of them children. Other findings nearby confirmed that the area in Andalucia in southern Spain had been inhabited by Neanderthals (Homo neanderthalensis), hunter gatherers who live in Europe some 106,000 years ago.
Earlier in the month, an analysis of prehistoric ape fossils previously discovered in Spain was conducted to explore the theory that the ancestors of African apes and humans evolved in Europe before migrating to Africa between nine and seven million years ago.