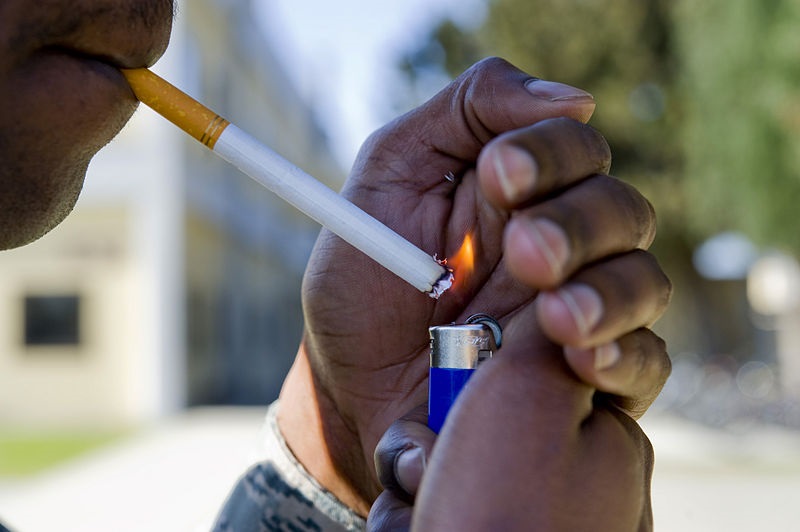 Spain considers banning smoking on all terraces, even when a safety distance can be guaranteed.

SPAIN’S Ministry of Health has drafted a document that suggests prohibiting people from smoking on the outdoor terraces of bars and restaurants throughout the country, regardless of whether a two-metre distance can be guaranteed. Ministry sources confirmed to Spanish news outlet La Sexta that while a draft study has been compiled it has not yet been submitted and wasn’t on the table for discussion at the meeting of the Public Health Commission on Thursday, April 15.

According to the sources, the proposal has “the double objective of acting on smoking as a risk factor for infection and contagion of Covid-19, together with the need to contribute to the control of the evolution of the disease in Spain.”

During the summer, the Ministry of Health gave the green light to autonomous communities to apply a smoking ban on public streets and on terraces, where a safety distance of two metres couldn’t be guaranteed. Many communities, including Valencia, have already taken this measure a step further and banned smoking on all bar, restaurant and cafe terraces. A total of six regions now prohibit the smoking of all tobacco products and electronic cigarettes on hospitality terraces, including the Balearic Islands, the Canary Islands, Cantabria, Asturias and Aragon.

Last November, the city of Milan declared war on smoking and from January 1, 2021, parks, stadiums, cemeteries, bus stops and other outdoor spaces have to be smoke-free as smoking outdoors within 10 metres of another person has been banned.

Smoking is now only allowed in certain isolated areas, and from January 1, 2025, the city council announced the measure will be extended to all outdoor public areas.

The new ban aims to “reduce PM10 fine particles, which are harmful to the lungs, and protect the health of citizens against active and passive smoking in public places,” said a local council statement.