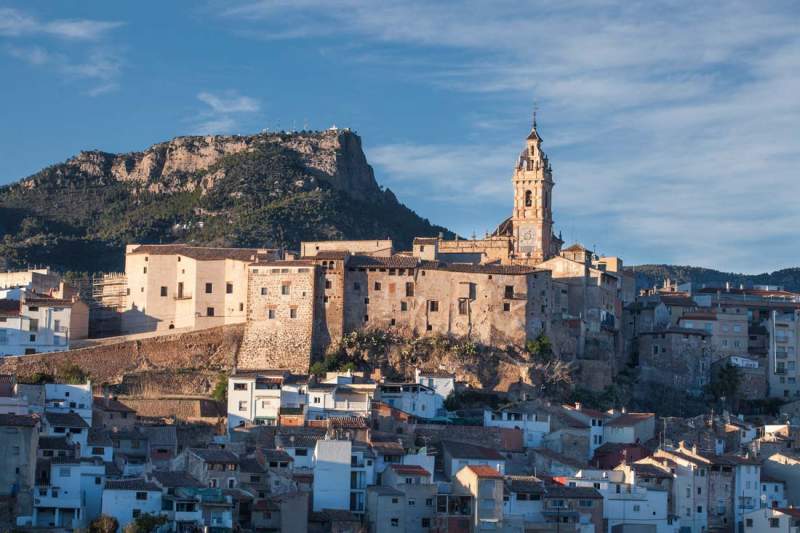 Costa Blanca town vies for title of Spain’s Capital of Rural Tourism 2021
THE Costa Blanca town of Chelva in Valencia is one of the 10 finalist towns competing this year for the 2021 Rural Tourism Capital award, promoted by EscapadaRural.com.
The web platform, which specialises in rural accommodation in Spain, has selected Chelva along with nine other towns from among the 247 entries received for the fifth edition of these awards.
And with national tourism on the rise, being up there among the most popular destinations, let alone winning is sure to give Spanish towns a much-needed boost.
“We have fantastic news, Chelva is among the top 10 finalist towns to become 2021 Rural Tourism Capital. We are the only town selected in the Valencia Community. Vote Chelva,” said Chelva Council.
“The extraordinary little town of Chelva has an unimaginable historical heritage and a great cultural reserve, all of this placed in a natural environment like no other,” said EscapadaRural when the ‘town with such a legacy’ was named Most Beautiful Town in the Community of Valencia in 2016.
“There is no doubt that this town, with a medieval air, had its moments of glory in the past, but all that wealth stays with us today,” added the web platform.
Chelva is home to a number of monuments and sites of interest, including the majestic Iglesia Arciprestal Nuestra Señora de los Ángeles and the Vizcondal Palace.
“There’s a stunning water route where ‘nature and culture merge,’ and then there’s the gastronomy and festivities, including the Feast of San Antonio Abad with its famous bonfires which draws huge crowds in January,” adds the portal
With the uncertainty of international travel, towns and cities across Spain are having to look at ways to stand out as ideal ‘staycation’ destinations.
The Alicante Association for Cruise Tourism for example, has put together a plan to create national routes and ‘check-ins’ at small ports so that Alicante can benefit from the arrival of cruise ship tourists.
In the event that international restrictions continue well into the summer, this would make Alicante an ideal base for stopover routes to Spanish cities.
And if there are international cruises between several Mediterranean countries this summer, then potential tourists can also debark in medium-sized cities like Alicante.
Earlier this week it was announced Spain has lost €107 million due to the collapse of the tourism industry in 2020.
Spain receives the most foreign visitors from the UK, and while it is hoped that Boris Johnson’s traffic-light strategy and the introduction of vaccination passports will pave the way to resuscitating the sector in 2021, national tourism is sure to have a significant impact on the industry’s revival.
*The Spain’s Capital of Rural Tourism 2021 voting process will remain open until May 14, and the winner will be announced on May 18. To vote, click on this link.
The top 10 finalists also include: Aia in Guipuzcoa, Cuacos de Yuste in Caceres, Daroca (Saragossa), Baronia of Rialb (Lleida), Olvera (Cadiz), Ortigueira (A Coruña), Sepulveda (Segovia) and Taramundi (Asturias).