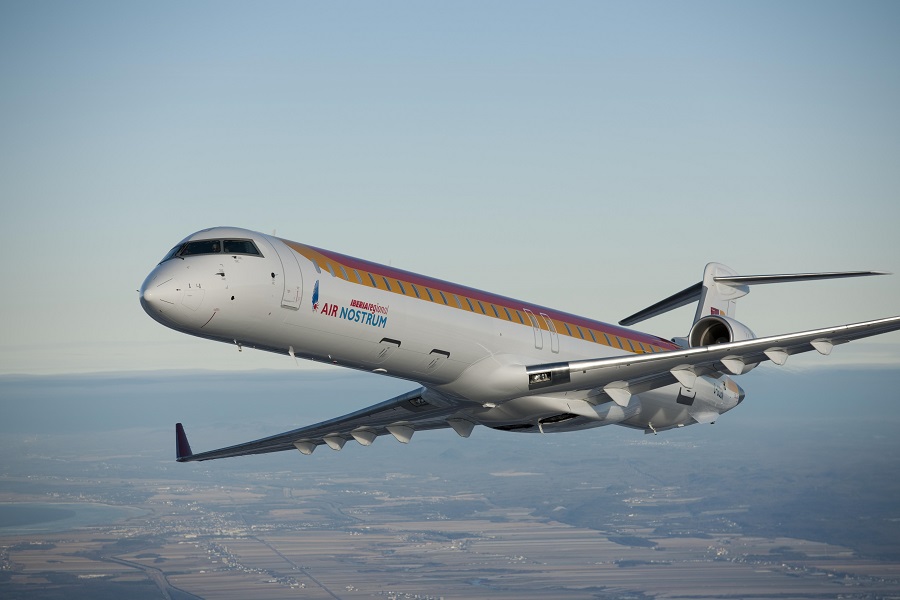 Costa Blanca airline requests huge bail out from Government rescue fund.
FLAILING Valencian airline Air Nostrum has followed in the footsteps of other struggling Spanish airlines and requested a dig-out of €103 million from the government rescue fund designed to offer aid to companies struggling as a result of the pandemic. Extended travel restrictions and a slower than expected recovery have forced the airline to request a sizeable bail out from the fund managed by the State Company for Industrial Participations (SEPI) to “guarantee its work as a territorial backbone and promoter of tourism,” the Valencian company released in a statement on Friday, April 16.
According to Spanish daily Levante, Air Nostrum reported losses of €129 million as a direct result of the pandemic last year, after recording its sixth consecutive year with profits in 2019. According to company bosses, “throughout its almost 27 years of existence” its operation “has been made compatible with financial profitability, which has allowed it to have solvency and credit quality ratios that have made it possible to sign large fleet contracts and building its own maintenance hangar.”
The airline’s request for aid may come as a surprise, as it has reported the highest amount of activity of the entire AENA network between January and March and is among the companies that have reduced their air traffic the least since the beginning of 2020, by 43.6 per cent compared with the 71.6 per cent average. Compared with many other national and international airlines, it’s 2021 predictions are also strong, with Air Nostrum expected to re-establish 87 per cent of its pre-pandemic routes this year.
Just last month, political party Vox filed a complaint with the Supreme Court against the Spanish Government and those responsible for the State Society of Industrial Participations (SEPI) for providing a €53 million rescue package to failing airline Plus Ultra. The deputy of Vox, Victor Gonzales Coello de Portugal claims that the airline did not meet the requirements to avail of state aid since “it is not a strategic company with relevance in its sector nor are its losses caused by Covid-19.”