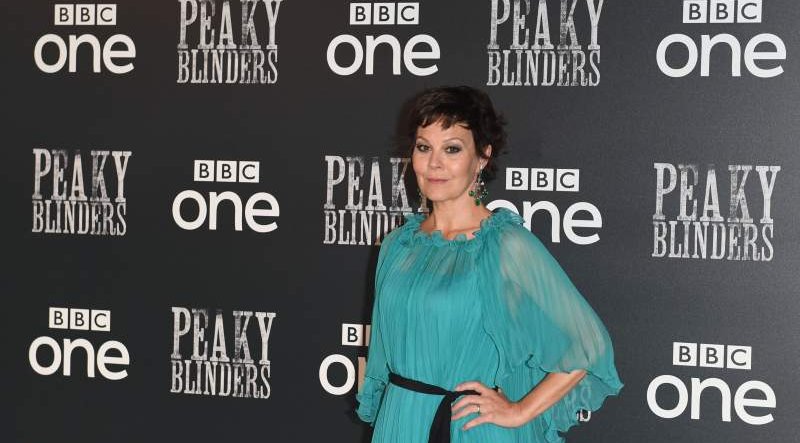 Peaky Blinders star Helen McCrory has died aged 52. Her family confirmed that the actress died ‘peacefully’ after a ‘heroic battle’ with cancer.

In a heartbreaking statement announcing Helen’s death, her husband Damian Lewis wrote: “I’m heartbroken to announce that after a heroic battle with cancer, the beautiful and mighty woman that is Helen McCrory has died peacefully as home, surrounded by a wave of love from friends and family.”

He added: “She died as she lived. Fearlessly. God, we love her and know how lucky we are to have had her in our lives. She blazed so brightly. Go now, Little One, into the air, and thank you.” Helen had been married to fellow actor Damian since 2007 and shared two children with him – daughter Manon, 14, and 13-year-old son Gulliver.

She is well-known for starring as Aunt Polly in BBC’s Peaky Blinders and as Clair Dowar in the James Bond film, Skyfall- she also appeared as Madame Kali, a powerful witch, in the horror series Penny Dreadful and Narcissa Malfoy in the “Harry Potter” franchise.

Tributes have poured in on social media in response to Damian’s tweet, with thousands sharing their condolences. Helen has been hailed for her ‘brilliant talent’, with many fans commenting on her excellence in every role she did.

McCrory had been the first choice to play murderous Death Eater Bellatrix Lestrange in the Harry Potter films but had to withdraw due to pregnancy. “Insurance wouldn’t cover pregnant witches!” she later joked. The role then went to Helena Bonham Carter. In 2007, she was then cast as Narcissa, sister to Bellatrix and mother to Potter nemesis Draco Malfoy.

“Normally, it’s more interesting to play the bad guy because it’s usually better written,” she told the Associated Press in 2011. “Good is seen in a lot of drama today as a very, very dull thing.”