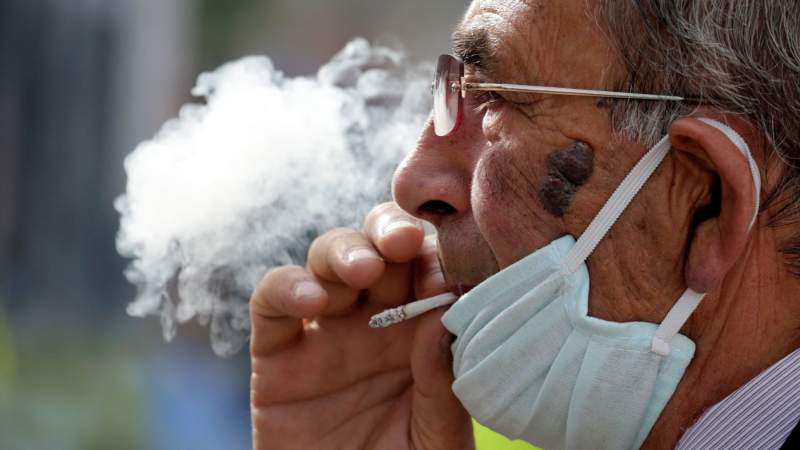 IN what many are considering yet another blow to Spain’s hospitality industry and future tourism prospects, in a surprise move yesterday, April 15, the Ministry of Health confirmed that they had drafted a proposal prohibiting smoking on all outdoor terraces, regardless of whether or not a two metre safety distance can be maintained. The proposal has divided expat opinion, which is hardly surprising since the regional governments of the autonomous communities can’t seem to agree on whether it’s a good idea either.

One EWN reader said: “Seem to be keen on destroying their holiday trade and their economy by their unreasonable actions with Brits happily domiciled in Spain.”

Another wrote: “As a non smoker I would be totally against this. Spain is a nation of smokers, tobacconist shops are only second to farmacias! Come on Spain wake up and let the smokers enjoy a beer and a cigarette.”

There are currently six communities in Spain which have imposed a total ban on smoking and the use of electronic cigarettes on outdoor terraces of bars, restaurants and cafes: Valencia, the Balearic Islands, the Canary Islands, Cantabria, Asturias and Aragon. As soon as the proposed measure was announced, the Gremi de Restauracio union in Barcelona completely rejected the ban, insisting that it “is not endorsed by any type of scientific support.”

According to the hospitality union: “The scientific community insists that there is not enough evidence to conclude that the transmission of the coronavirus occurs through the air. The emergency is being used to legislate on issues that have nothing to do with the pandemic.”

Not everyone would agree however, with a large contingent of expats in Spain believeing that the removal of smoking from all terraces is a positive move.

While another added: “Absolutely. Nothing worse than having a meal when someone sparks up at the table next to you.”

Ministry of Health sources confirmed to Spanish news outlet La Sexta that while a draft study has been compiled it has not yet been submitted and wasn’t on the table for discussion at the meeting of the Public Health Commission on Thursday, April 15.

Nevertheless, the Ministry insists that the implementation of a smoking ban throughout Spain would serve “the double objective of acting on smoking as a risk factor for infection and contagion of Covid-19, together with the need to contribute to the control of the evolution of the disease in Spain.”