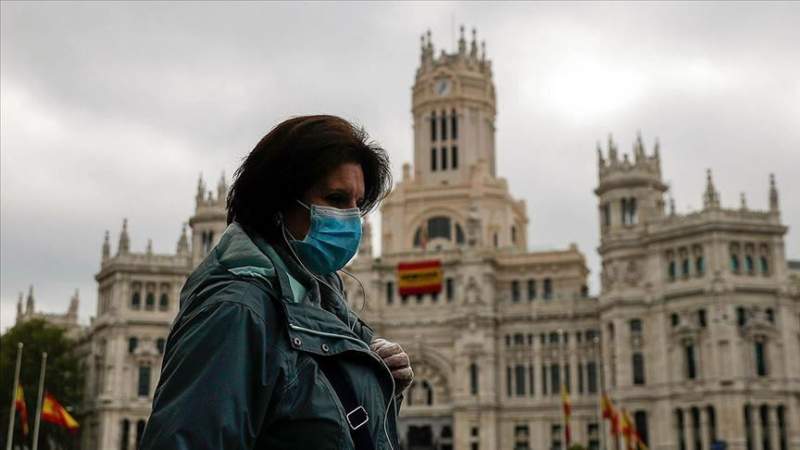 Spain’s latest coronavirus figures show a steady increase, over the last 24 hours there have been 10,598 new infections and 99 deaths.  The cumulative incidence has now reached it’s highest peak for the week with 213 cases per 100,000 inhabitants in 14 days.

The Ministry of Health reported today, Friday, April 16,  10,598 new infections and 99 deaths from covid-19 in the last 24 hours, bringing the total number of infected to 3,407,283 and the number of deaths in Spain to 76,981 since the start of the pandemic. The accumulated incidence has shown the highest increase of the week and has now registered 213 cases per 100,000 inhabitants in 14 days.

The Ministry of Health also reported that 3,328,701 people have so far received the complete vaccination double-dose, a total of 7% of the population.

In addition, 9,002,054 people in Spain have received at least one dose of some of the anticovid vaccines, 19% of the population. In total, more than 12.3 million injections have been administered, 90% of the doses have been distributed by the Health services to the autonomous communities.

Extremadura, Andalucía and the Balearic Islands have a faster vaccination rate compared to Cantabria and Murcia, which are the regions with the slowest rate of inoculations.

Pharmaceutical company Johnson & Johnson has delayed the rollout of its Janssen Covid-19 vaccine in Europe, including in Spain, due to concerns over rare potential side effects that were first detected in the United States.

Six cases were detected in more than 6.8 million doses of the vaccine, the US Food and Drug Administration (FDA) said. It follows similar cases after doses of the AstraZeneca vaccine, which prompted curbs to its use.

The FDA said it was recommending the temporary pause “out of an abundance of caution”. It confirmed that one patient died from blood clotting complications, and another is in a critical condition. All six cases were in women aged between 18 and 48, with symptoms appearing six to 13 days after vaccination.

Following the advice, all federal sites in the US have stopped using the vaccine until further investigations into its safety are completed. State and private contractors are expected to follow suit.