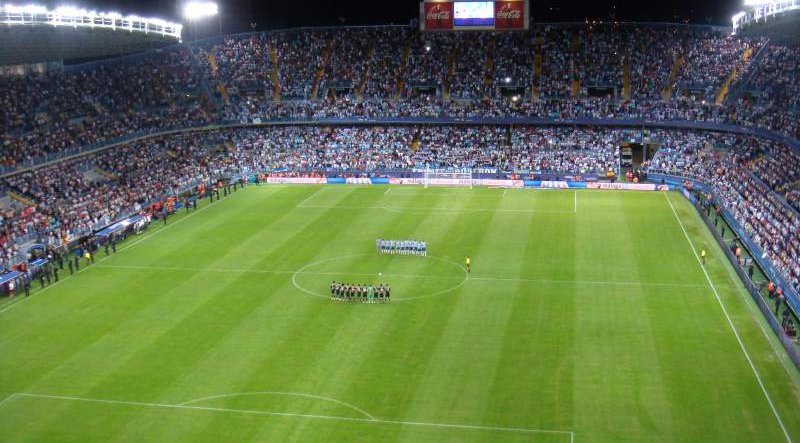 Andalucía’s Sports Minister Hopes Football Stadiums Will Be Full After The State Of Alarm Ends in Spain.

Andalucía’s Sports Minister, Javier Imbroda, has expressed his confidence that once the state of alarm ends on May 9 in Spain, sports stadiums across the region will be ready and able to hold matches with the highest capacity possible.
The Minister mentioned this during his speech at an informative meeting with Europa Press Andalucía, together with the president of the Royal Spanish Football Federation (RFEF), Luis Rubiales, organized in Sevilla under the sponsorship of Fundación Cajasol, Atlantic Copper, Cepsa and Laboratorios Vir.
Asked about the return to sporting events, which are still pending confirmation in Spain, Javier Imbroda said that, in the context of the current pandemic, “the whole issue of capacity depends on the health authorities, like all events that have taken place.”
Acknowledging that mass crowds gathering outside stadiums and events exits and entrances present a health risk, the Andalucían Minister of Sport has been in favour of trying to organise “staggered” entrances and exits for the public.
However, he also said that “we have to go hand in hand” with the health authorities because they are the ones who have to give their authorisation for events to open.
He stressed that he would have given permission for the final of the Copa del Rey on April 3 at the La Cartuja stadium in Seville to be played, and be open to to the public, but with the perimeter closures of the autonomous communities due to the pandemic, it was not possible for the fans of the opposing teams to travel to the city – Athletic de Bilbao and Real Sociedad -, so that option was discarded “out of respect for them.”
The president of the RFEF, Luis Rubiales, stressed that the Spanish federation has been “tremendously respectful of the health authorities both at the regional and state level with respect to professional football”, as well as “extremely cautious, collaborative, and communicative”.
Source: Okadiario