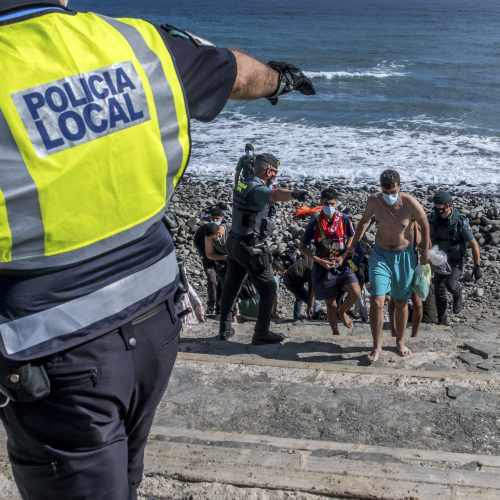 A Canary Islands Judge has passed an order that prevents police from stopping illegal immigrants flying to mainland Spain. The order, given to the Higher Police Headquarters of the Canary Islands, states that if a person has documentation such as a passport/identification etc and has applied for international protection, then he or she should be allowed to leave the islands.

This is the first time a judge has ordered a police force to allow the transit of immigrants who have entered Spanish territory illegally as long as they carry the necessary documentation.

A lawyer for one of the immigrants successfully argued that it is unlawful to block someone who has identification and a ticket to travel to mainland Spain.

And that argument is precisely the one used by the lawyers of an illegal immigrant who came to the Canary Islands by boat on December 11 of last year has tried to leave Las Palmas de Gran Canaria. The same person took a plane to Barcelona that same day and was detained along with 20 other people at the airport.

In March 2021 he tried again but by boat this time, and to Fuerteventura, he couldn’t do this either so he decided, advised by his lawyers, to request international protection from the Spanish State. He used his passport and requested asylum, normally enough to grant travel and definitely sufficient to land in another country.

He was refused access, hence the court case. This time however he was successful and the case has opened up a ‘hornet’s nest of problems now for the detention camps on the Canary Islands. In theory, now, anyone with identification and the means to leave can do so.

The Canary Islands Government Will Deport Migrants Involved In Altercations.