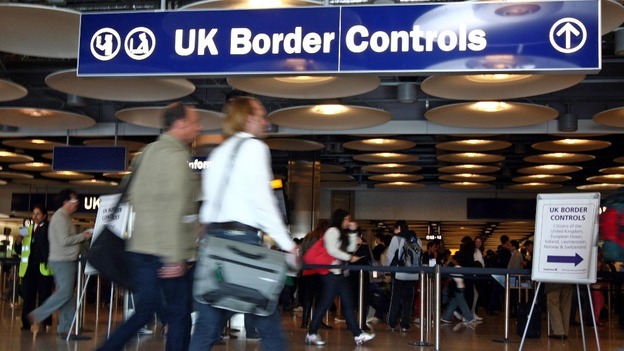 Footage that has emerged showing a woman collapsed at Heathrow after reportedly waiting seven hours in a queue for a Covid test has led to wide-spread concern in the expat community wanting to return to the UK. After Heathrow chief solutions officer Chris Garton confirmed that the Home Office has not increased the number of border control staff, excessive waiting times in crowded airports are now added to concerns of pricy coronavirus test kits and complicated paperwork.

One worried Facebook user posted on a local information site on behalf of an elderly friend soon to travel back to the UK who is concerned about “scare stories” she has heard about waiting times. Many helpful expats replied to confirm that while leaving Spain had been a breeze in most cases, it was a different story once they landed in the UK.

“I flew back just over a week ago. And Malaga airport was very quiet. I walked straight up to security and that didn’t take long to get through either. There was more of a weight/line at Heathrow checking all the paperwork as some people didn’t have it correct or couldn’t find it on their phones etc, but again they were moving queues and trying to move it on.”

It would appear from the reports on social media that while UK airports are experiencing some teething problems, they are trying to hurry things along for passengers, but Lucy Moreton of the Immigration Services Union told Mail Online that unless travellers have all the correct documentation, the situation isn’t going to get any better.

“The Government should put more pressure on airlines to make sure that all the documents are there and correct before people fly. Why are these people boarding without the carrier making sure they have the documentation they need? It would not solve it, but it would make the queues shorter”.

One Euro Weekly News reader told the paper that he was not allowed to board a flight at Alicante airport at the end of March as he had neglected to complete the traveller locater form, and had to book another flight a few days later. Yet another traveller posted in a popular Facebook group for expats and explained that, while her experience was positive, she witnessed people being refused entry at the UK border for not having a reference number for their booked Covid tests on their forms.

“This cross reference is what they check for and if you do the locator form and leave that question empty it’s a massive pain,” she wrote. “People turned away either in Spain at Check In or at UK border not allowed entry.”

Another reader who flew from Alicante airport to Leeds Bradford a couple of weeks ago said that things weren’t much easier in Spain; while the airport was unusually quiet, progress was very slow because of the various checks she had to go through:

Those in the travel industry worry that his latest bungle may cause people to lose confidence in the Government’s plans to lift travel restrictions and have a negative impact on summer tourism.

Travel consultant and CEO of the PC Agency, Paul Charles, said: “Talking to senior leaders of the travel sector, it’s clear ministers are fast losing the confidence of the sector. The mood has shifted significantly”.