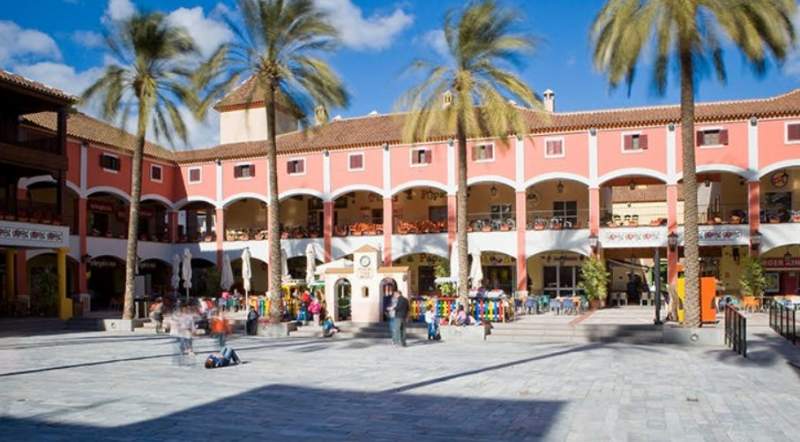 NEW retail and dining space for Malaga’s Plaza Mayor as the commercial expansion continues
Malaga’s iconic Plaza Mayor received yet another boost this week as the Urban Planning Management department has granted a building licence for the construction of six new commercial spaces that will be suitable for retail and hospitality establishments. The ongoing expansion has led the authorities to invest €2,370,489 in this latest project, which will be situated next to the leisure centre and in front of Porcelanosa. The tender requires the work to be started with six months of approval and eighteen months have been given as the deadline for completion.
The new developments proposed by Partenon Gestion Inmobiliaria are located on a 21,500 square metre plot of land, with the majority of units measuring just under 400 square metres, making them more suitable as restaurants, as reported by Spanish daily Malagahoy. The sixth space is a whopping 2,000 metres and will most likely be turned into a commercial enterprise.
The work is set to take place in two distinct phases. Phase one, which will cost an estimated €767,389, will take care of units four and five, which are destined to be take out restaurants. A new parking area will also be built to cater to all the units. The second phase of the project will tackle the four remaining units in addition to more parking spaces and a garden with a fountain and children’s play area. This second stage will reportedly cost €1.6 million.
Last month, Malaga town hall gave the green light to the second phase of expansion works on the Plaza Mayor shopping centre, which involves an investment of €105m and the anticipated creation of more than 500 direct jobs.
The agreement includes a modification of some parts of the PGOU, as well as the creation of a large recreation and leisure park of 53,725m2 next to the San Julián neighborhood, in the Churriana district, where Clara Schumann and Rimsky Korsakov Streets meet, and the improvement and expansion of the Guadalmar road between the stretch of the golf course and the roundabout on the entrance to this area.