Spanish Companies Will Not Be Permitted To Vaccinate Their Employees 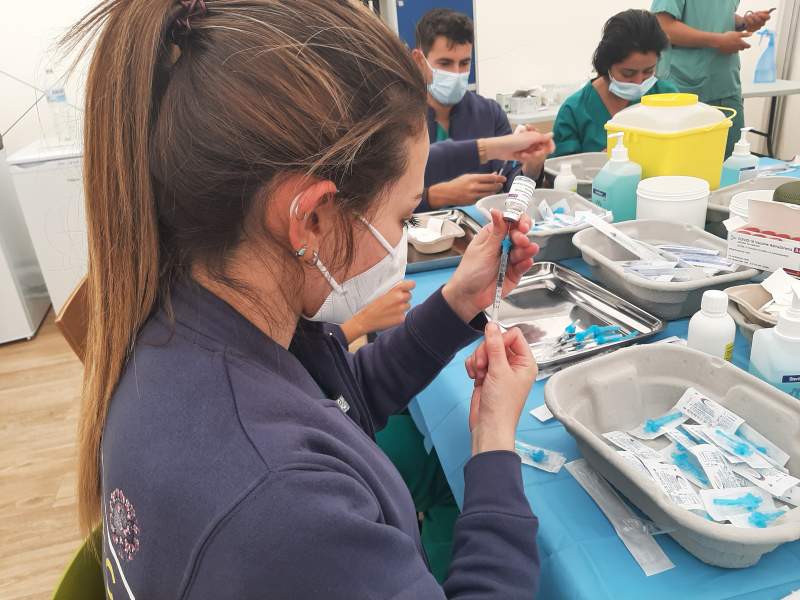 The Ministry of Health has categorically ruled out the possibility of companies buying vaccines to inoculate their staff, something that has been requested by several autonomous communities as a way of speeding out the vaccine rollout plan. The Central Government said on Friday, April 16 that the Ministry has “in no case” considered implementing this practice, which has been pushed on several occasions by the president of the Community of Madrid, Isabel Diaz Ayuso.

“The Ministry of Health wants to transmit through the media that in no case has this possibility been considered,” a statement read. Instead, the government has reaffirmed its commitment to centrally purchasing vaccines from the European Union as per their June 18, 2020 agreement, according to TeleCinco.

Madrid has been repeatedly criticised, both by political parties in Spain and the European Commission, for allegedly entering into talks with Russia about buying the Sputnik V vaccine for the community. On Friday, the regional president reiterated her belief that Spain should begin looking outside of Europe for more doses.

During a recent interview on Cadena Ser, spokesperson for the European Commission, Eric Mamer, warned than any community found purchasing vaccines not approved by the European Medicines Agency would have to deal with any health ramifications on their own.

Prime Minister Sanchez has been quick to rule out purchasing vaccines from Russia, as the Agreement of the Member States of the EU states that countries will not initiate their own purchasing procedures of vaccines that are subject negotiation by the European Strategy. The Health Minister also pointed out that Spain will only use vaccines approved by the European Medicines Agency (EMA) and the European Commission.

In any case, the government has confirmed that it is still well on track to reach its target of having 70 per cent of the population vaccinated by August, something which could very well save the Spanish summer.