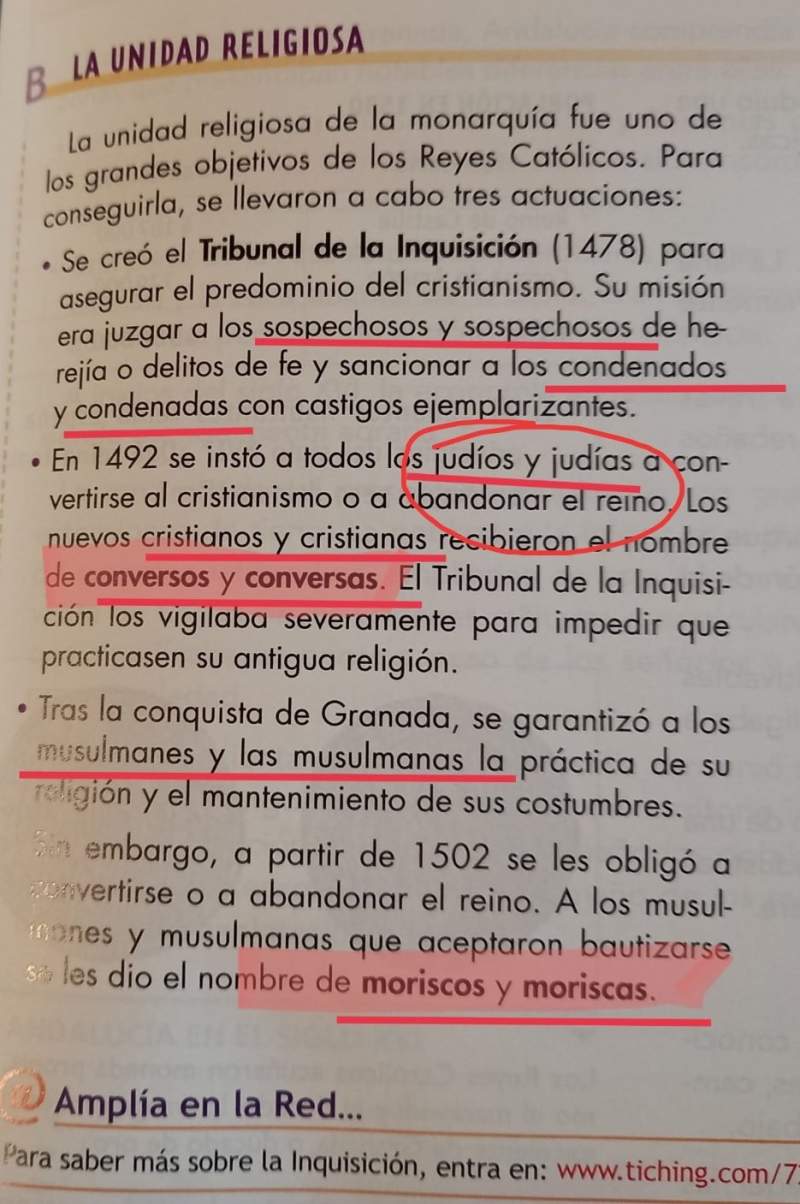 Andalucía Schoolbooks slammed for using absurd ‘overly inclusive’ language
In this modern world of political correctness, education professionals have called “absurd” the changes made to several text books in schools in Andalucía in the name of being inclusive. Teachers have complained that certain History and Geography books are overly-concerned with ensuring that each reference includes a male and female subject, to the point that the books have become cumbersome and almost impossible to teach from.
A post quickly went viral that showed the clumsy language used in the second-year school book ‘Vicens Vives’. One portion reads:
“In 1942 all Jews were urged to convert to Christianity or to leave the kingdom. The new Christians received the name of converts and converts (conversos y conversas in the original text)”. In other places, it includes the use of both the masculine and feminine form of the words suspects, Jews, Christians and Muslims.
“It ends up becoming an unbearable text,” Manuel Jesús Roldán, a professor at the Albero Institute of Secondary Education in Alcalá de Guadaíra in Sevilla complained on his Twitter account.
This excessive concern with using inclusive and inoffensive language may appear ridiculous, but it is actually part of the Andalucían regulations drawn up in June 2018 that require the: “use of an inclusive and non-sexist language that names and makes men and women equally visible, avoiding the use of the generic masculine to include men and women”.
Given the widespread criticism and controversy now surrounding the text, ANPE-Andalucía, the union of teachers in the region, told Spanish daily ABC that it is time for the regional government to consider a revision of the book since it has been widely rejected by the educational community.
“That sexist uses persist in the language is something certain. Also racist or classist. Society, in its moral progress, leaves them behind. But the idea that neutral grammatical ways to understand both sexes make women invisible is false. Like thinking that if I say ‘I went to London for five days’, I am leaving out the nights. No Spaniard who has read the phrase ‘The Jews were expelled in 1492’ has ever drawn the conclusion that the decree of expulsion affected only males,” Juan Claudio de Ramón, essayist, writer, diplomat and political columnist , told ABC.