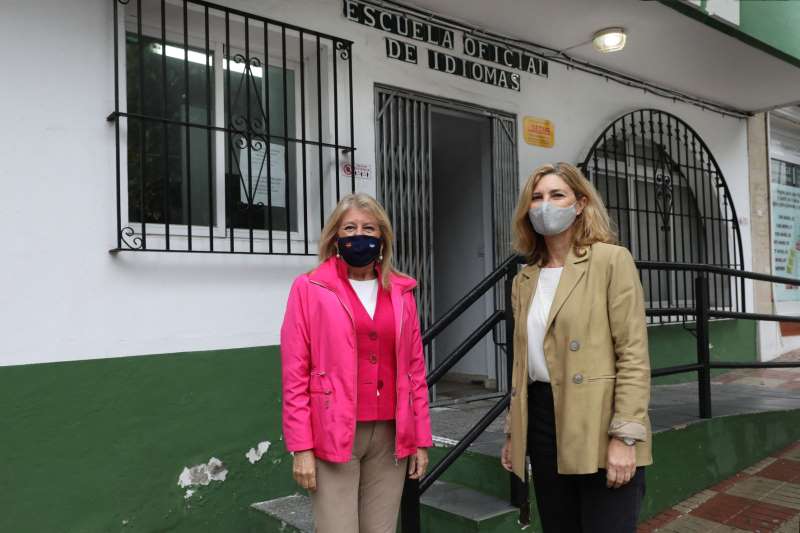 THE former headquarters of the School of Languages in Marbella is to be reformed in order to create affordable accommodation for young people.
This news was announced by Mayor of Marbella, Ángeles Muñoz, and the General Secretary for Housing of the Junta de Andalucia, Alicia Martínez when they visited the building on Thursday April 15.
The project is in the bidding phase according to the mayor, who foresees that the rehabilitation works will begin next year and take eight months to create 18 apartments with the accommodation being offered to those on the housing register who are eligible.
Housing accommodation for young people in the south of Spain is difficult to find which is why so many remain living with their parents for many years and with the lack of work caused by the pandemic, many simply can’t afford to move out.
Muñoz explained that the building which is owned by the city was too small to accommodate the large number of potential students so the Council has found a new, larger space in the Fair building, thus freeing up this building, located on Avenida Huerta de los Cristales.
The Secretary General for Housing said that “as soon as we arrived at the Andalucian Government, we approved a housing plan that change the concept of protected housing and as we are going to do in Marbella”.
“We especially like this project in Marbella for two reasons, because it rehabilitates and gives a new life to a municipal building that has already fulfilled its function and that implies the regeneration of the city as well,” she stressed.
Adding that “It is about 18 homes that will be made available to young people which over the years will be handed on to those who need it most.”