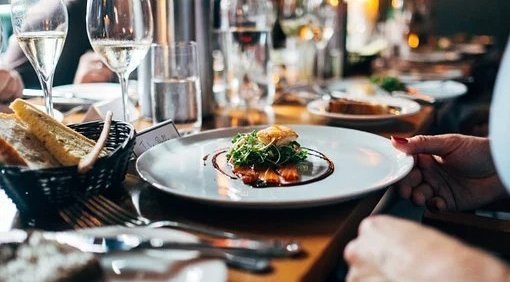 EIGHT new Andalucían restaurants awarded the prestigious ‘suns’ award by the Repsol Guide
In what has been an extraordinarily difficult year for restaurateurs, the Costa del Sol is once again at the forefront of modern cuisine. No fewer than eight new eateries in the Andalucían Community were awarded a coveted ‘sun’ on Monday, April 12 by the highly acclaimed Repsol Guide, four of these alone in the province of Malaga. A total of 96 new ‘suns’ were awarded throughout the country this year for their outstanding food, ambience and service, bringing Malaga up to a total of 24.
Two new restaurants in the city, Kaleja and Ta-kumi received the award, while in Marbella, both Kava and Lena were honoured at the ceremony held in San Sebastian. Five restaurants, dotted around Malaga, Ronda, Marbella and Fuengirola maintained their two ‘sun’ rating this year, as reported by Sur.
It was an emotional award ceremony this year at the Victoria Eugenia Theatre, as chefs from around the country came together to celebrate the achievement of not only surviving, but actually thriving, during the pandemic. This was reflected in an emotional speech given by the director of the Repsol Guide, Marie Ritter.
“While the world stopped, gastronomy, instead of putting on the brakes, stepped on the accelerator. The blinds had to be lowered but cooking continued on the stove, adapting the business model to a new, uncertain and variable reality,” she said.
The director added that if “one of the few joys that we have had, during this time of pandemic, has been eating and drinking,” the ceremony was an opportunity to thank those professionals that had made it possible.
For the first time ever, a ‘sustainable sun’ award was given to Eneko Atxa of Azurmenid restaurant for his dedication to using environmentally-friendly processes and products in his eatery. On receipt of the ‘sun’, Mr Atxa said:
“I want to be sustainable so that there are more days like today, to have a few beers, hug each other … so that we all have a future. Let’s cook that better future together!”