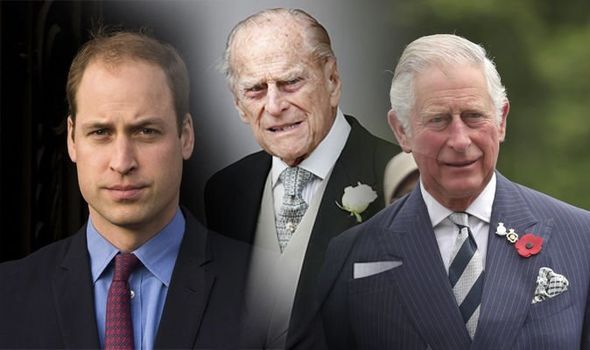 Princes Charles And William To Hold 'Summit Meeting' Over The Future Of The Monarchy. Image: Wikimedia

Princes Charles and William to meet and discuss the future of the monarchy as Prince Harry returns home to Meghan and Archie.

THE Prince of Wales and the Duke of Cambridge will hold a summit to decide the future of the monarchy over the next two generations following the death of the Duke of Edinburgh.

With the Queen’s consultation, Britain’s next two kings will decide how many full-time working members the Royal family should have, who they should be, and what they should do. The death of Prince Philip has left the Royal family with the immediate question of how and whether to redistribute the hundreds of patronages he retained.

Meanwhile the Duke and Duchess of Sussex’s decision to step back from royal duties, confirmed only last month after a one-year “review period,” has necessitated a rethink of who should support the sovereign in the most high-profile roles.

Royal insiders say that the two matters cannot be decided in isolation, as the issues of patronage and personnel are inextricably linked together.

Because any decisions made now will have repercussions for decades to come, the Prince of Wales will take a leading role in the talks. He has made it clear that the Duke of Cambridge, his own heir, should be involved at every stage because any major decisions taken by 72-year-old Prince Charles will last into Prince William’s reign.

The Earl and Countess of Wessex, who were more prominent than almost any other member of the Royal family in the days leading up to the Duke’s funeral, are expected to plug the gap left by the departure of the Duke and Duchess of Sussex by taking on more high-profile engagements.

However, they already carry out a significant number of royal duties – 544 between them in the last full year before Covid struck – meaning they will not be able to absorb the full workload left by the absences of the Sussexes and the Duke of York, who remains in effective retirement as a result of the Jeffrey Epstein scandal.

In 2019 the Sussexes and the Duke completed a total of 558 engagements between them. It leaves the Royal family needing to carry out a full-scale review of how their public duties are fulfilled.

Not only do they have three fewer people to call on, but they must also decide what to do with several hundred patronages and military titles held by the Duke of Edinburgh, the Sussexes and possibly the Duke of York if his retirement is permanent.

Royal sources said the Queen, the Prince of Wales and the Duke of Cambridge would discuss over the coming weeks and months how the monarchy should evolve.

The issue has been at the top of the Queen and the Prince of Wales’s respective in-trays since the Duke and Duchess of Sussex’s one-year review period of their royal future came to an end last month, but the ill health and subsequent death of Prince Philip forced them to put the matter on hold.