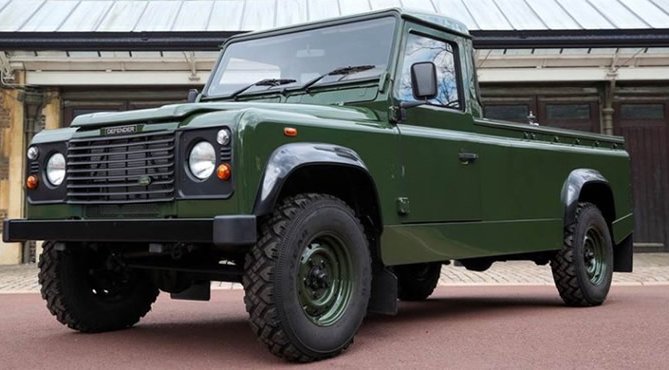 Soldiers ‘Tossed A Coin’ To Decide Who Would Get To Drive Prince Philip’s Funeral Land Rover.

CORPORAL Louis Murray, was the soldier who had the honour of driving the Duke Of Edinburgh’s specially modified Land Rover at the Royal funeral yesterday, which transported the Duke’s coffin from Windsor Castle on its short journey to St George’s Chapel, with Corporal Craig French as his passenger.

Four men – described by officials as a “trusted pair of hands” – had been specifically trained for this job, and the driver was decided by flipping a coin, with Cpl Murray telling The Telegraph, “It is a great privilege and a once in a lifetime thing to do. I’m very proud, and I think my family will be very proud too.”

Speaking to the Manchester Evening News, ahead of the funeral, Cpl French explained the training the men had gone through to make this historic event run without a hitch, “For the past week I have been rehearsing for the role of Land Rover Commander for the Royal Hearse, and it is my job to support the driver, so essentially I ensure that the driver puts the vehicle in the right place at the right time and whether to speed up or slow down.

He continued, “We have done a lot of practice over the last few days and you get to feel what the correct speed is, and we know what pace we have to be at. It’s now like second nature. There are also a couple of difficult sections on the route and on either side, there are people accompanying the hearse, so it is important to keep a safe distance”.

Adding, “I am so proud to be doing this and millions of people will be watching, so I am determined to step up to the plate. It is stressful but it is also big honour, even if it is a sombre occasion,” as reported by mirror.co.uk.

His Royal Highness helped design the Land Rover which will carry his coffin.

The vehicle will be driven by soldiers from the Royal Electrical and Mechanical Engineers of which The Duke was Colonel-in-Chief. pic.twitter.com/YDVgbBF29X