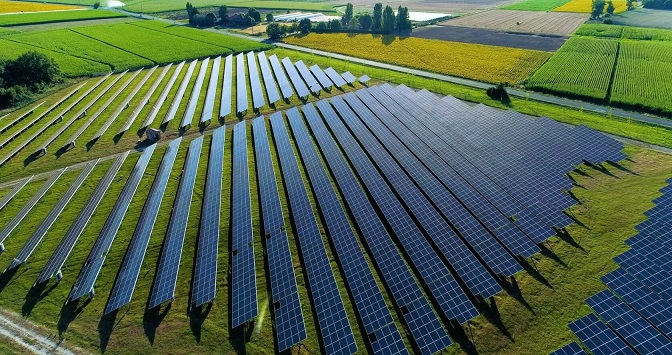 Amazon Announces Two New Giant Solar Power Projects In Spain For  Andalucía And Extremadura.
Amazon has announced it intends to develop two new massive solar energy projects that will produce 170 megawatts (MW) of power for Extremadura and Andalucía.
The world’s largest online retailer will raise its installed capacity in renewable energy in Spain to 369 MW, the company reported.
These two initiatives are included in the portfolio of nine new commercial-scale wind and solar energy projects in the United States, Canada, Spain, Sweden and the United Kingdom announced on Monday, April 19, by the group, and will be located in Badajoz and Seville.
Amazon built it’s first ‘offsite’ solar project in Alcalá de Guadaira (Seville) with 149 MW of capacity which came into operation at the end of 2020. This facility provides energy for the Amazon logistics network and will also supply power to the next Amazon Web Services (AWS) project.
Added to that station, it also has a solar plant in Zaragoza with a 50 MW capacity that will provide renewable energy to the future AWS Region and which is expected to be operational this year.
The nine new projects announced by the group worldwide represent a total renewable capacity of 1,546 MW. These include 350 MW offshore wind farms off the coast of Scotland, which is Amazon’s largest in the UK and also the largest corporate renewable energy deal announced by any company in the country to date, by combining a solar project with energy storage, among others.
Amazon has 206 projects globally
Globally, Amazon already has a total of 206 renewable projects, including 71 commercial-scale wind and solar projects and 135 solar roofs in centres and stores around the world totalling 8.5 gigawatts (GW) of capacity.
With the latest projects announced on Monday, Amazon becomes the largest corporate buyer of renewable energy in Europe, with more than 2.5 GW of renewable capacity, enough to supply more than two million European homes annually. The new Amazon projects will power Amazon corporate offices, fulfilment centres, Whole Foods Market stores and Amazon Web Services (AWS) data centres.
The renewable energy from these projects also helps meet the group’s commitment to producing the clean energy equivalent of the electricity used by each customer’s Echo devices.
Amazon founder Jeff Bezos will spend $10 billion (€8.4 billion) tackling climate change over the next 10 years.
Source: cincodias