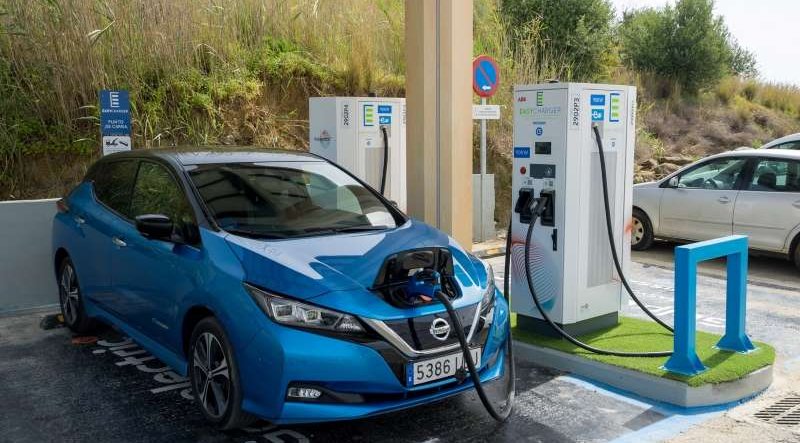 THE first ultra-fast charging station for fully sustainable electric vehicles in Spain has been installed at the GALP Service Station in Estepona, just off the AP7.
It is a joint venture between Nissan and Easycharger with the support of the Andalucian Energy Agency and GALP.
The Station that was inaugurated on April 15 is not just any station, it is an ultra-fast charging station that has two fast chargers that currently offer power of 90kW and, in a few months, they will be ready to provide a recharge to 180kW.
This latter installation will incorporate 20kW of renewable power, via a photovoltaic pergola that places it as the first 100 per cent Sustainable Ultra-fast Charging Station in Spain.
Nissan and Easycharger have maintained a strong momentum for more than a year with continuous installations and inaugurations of fast charging stations on the main roads of Spain, in order to democratise charging so that all users of an electric vehicle can make routes long distance.
Today there are already 22 fast charging stations and now, only using the Nissan and Easycharger stations it is possible to fully travel in a Nissan LEAF or an eNV200 across the Autonomous Communities of Castilla y León, Galicia, the Basque Country, Madrid and Catalonia and the provinces of Badajoz, Valencia and now Malaga which covers more than 250,000 square kilometres, (i.e., more than half of Spain).
At a virtual online opening ceremony, Laura Serrano, Manager of Infrastructure and Energy Services at Nissan Iberia said “Nissan has been working on charging infrastructure for electric vehicles for more than ten years. As a result, as of today, we have 115 fast-charging points at Nissan dealerships throughout the country.”
Daniel Pérez, Head of Easycharger commented that “it is a great milestone to have installed the first ultra-fast charging station, also powered by photovoltaic plates. In Spain you can count on the hands of the chargers of these powers, and these are the key so that the time of refuelling will finally be equal to that of loading an EV.