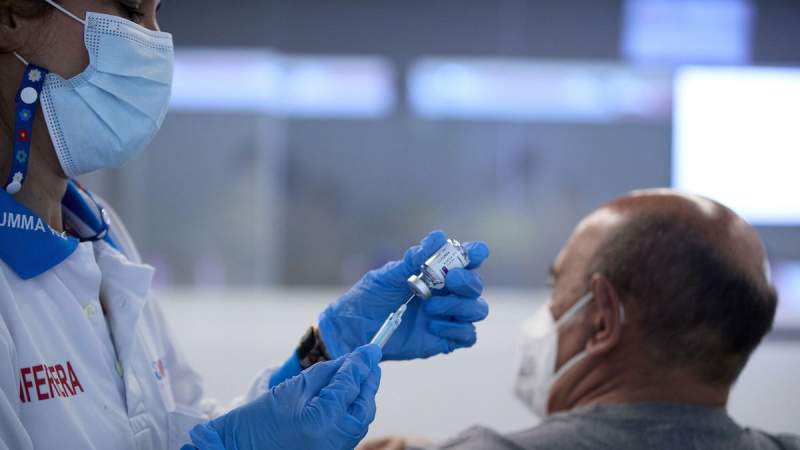 THE Health Ministry in Spain has announced it will shortly begin a clinical study in which a dose of Pfizer will be given to people who have already received the AstraZeneca vaccine.

The news comes almost two weeks after the ministry suspended vaccination with AstraZeneca to people under 60 years of age. The trial, called CombivacS, will be carried out in five Spanish hospitals, including the San Carlos Clinic in Madrid and the Vall d’Hebrón in Barcelona.

The study was presented by the director of the ISCIII, Raquel Yotti, at a press conference in which the Minister of Health, Carolina Darias, and the Minister of Science, Pedro Duque were present.

The minister had been saying for days that her ministry is studying options on what to do with people of those ages who have already received a dose – the second guideline has to start from May.

Yotti explained that the trial is neccasary because of the “need to have scientific evidence and that it be coordinated” in this area, which is needed “urgently”, and in this way support “decision-making” at the international level.

Many other European countries have also decided to suspend the administration of AstraZeneca in people under 60, after a few dozen cases of blood clots were detected.

It is the first time, according to Yotti, that the ISCIII is a direct promoter of a clinical trial. “We are going to generate evidence that, together with that generated in other countries, will allow us to continue with the campaign,” added César Hernández,

The trial will consist of 600 volunteer patients, all from different age groups and places in Spain. The goal is to “provide an answer” on the effectiveness of this combination within 12 weeks of the first dose of AstraZeneca.

The question of the study is to find out what immune response is generated in people who have received the first dose of AstraZeneca if they are given a second dose of Pfizer. The study will divide the participants into two groups: a test group and a control group. The first, of 400 people, will be given Pfizer, the immune response will be observed and compared to that of the other control group, of 200, to whom it will not be given. The goal is to see if the second dose of Pfizer “improves” efficacy, versus just one dose of AstraZeneca.

According to the latest data from the Ministry of Health, 9,002,054 people, 19 per cent of the population, have received at least one dose since the start of the vaccination campaign, and 3,328,701, 7 per cent, have received the full scheduled two doses.