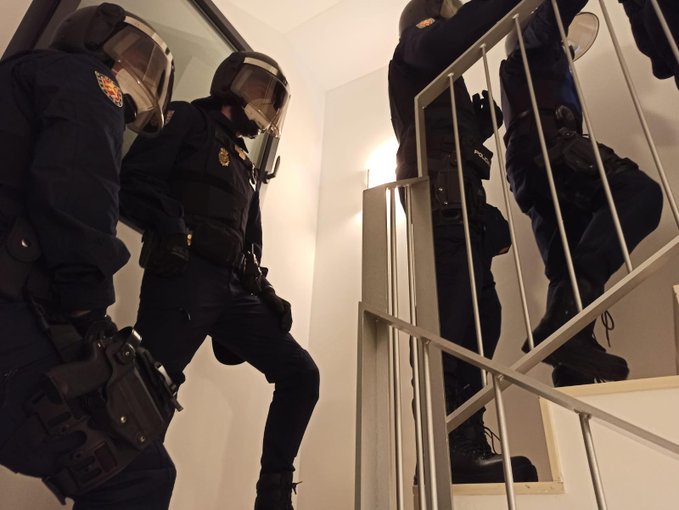 THE young girl was being held at a property in A Coruña after being handed over by her family to clear a debt, according to National Police.

Seven people, including the mother of the child, have been arrested in Cordoba and A Coruña for their alleged involvement in human trafficking, illegal detention and continued sexual abuse.

An investigation began last March, when Cordoba National Police learned of the possible forced marriage of a minor under 12 as payment of a debt of €4,000 owed by her family to “another clan”.

According to a police statement, the young girl was “being forced to have sexual relations” and marry a member of the “clan” having been moved away from Cordoba.

“After questioning the mother of the minor, and the appropriate checks at the school where she was enrolled, an investigation began to locate the child,” said the police.

Inquiries led detectives to A Coruña, “where the family members who had allegedly bought the minor were identified”.

A surveillance operation was put in place, and subsequently, an entry and search was carried out at the property where the young girl was believed to be being held.

Thankfully, police found the 12-year-old and she was released, while three people were arrested and are still under investigation.

Four other people were detained in Cordoba, including the child’s mother and her partner. The seven detainees were handed over to the judicial authorities, who remanded them all into custody.

Just days ago, Spain’s lower house of parliament approved a pioneering child protection law which extends the statute of limitations for crimes against children.

The new legislation, which aims to better protect children and adolescents in Spain, was approved with 268 votes in favour, 57 against and 16 abstentions.

The Social Rights Commission of the Congress of Deputies approved a draft bill of the groundbreaking Rhodes Law on Wednesday, April 7, and it will next pass to the Senate for final approval.

It is hoped that the new legislation will be published in the Official State Gazette (BOE) by June.