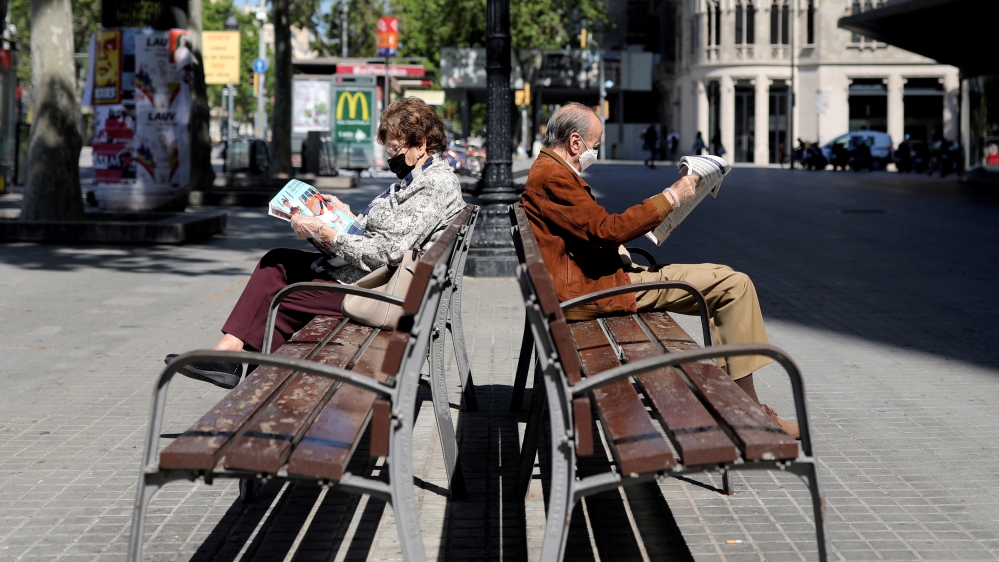 UK Covid variant now accounts for up to 90 per cent of cases in Spain having soared from 2 per cent in January.

THE Ministry of Health warned that the British variant would be “more contagious” and there were fears it would lead to a “critical” situation in hospitals across the country.

But the latter has not transpired in Spain, with the ministry stressing hospitals have not been overwhelmed, although the B.1.1.7 variant is causing “more serious admissions.”

While more research is needed to know if the variant increases mortality, the ministry said its impact on the Spanish healthcare system is currently notably less than in other countries.

Quique Bassat, epidemiologist and researcher at ISGlobal in Barcelona, told El Pais that “the worst predictions have not been fulfilled, which is obviously good news, but it also shows that we still have a lot to know about the pandemic”:

A report on new variants published by the Ministry of Health states the British variant accounts for 90 per cent of new cases in Andalucia, Valencia, Galicia, Asturias, Castilla y Leon and Navarra.

It reportedly accounts for 80 per cent in all other autonomous communities, with the exception of Madrid (64 per cent), Aragon (65 per cent) and Castilla-La Mancha.

The ministry also announced today, Monday, April 19, it will shortly begin a clinical study in which a dose of Pfizer will be given to people who have already received the AstraZeneca vaccine.

The news comes almost two weeks after the ministry suspended vaccination with AstraZeneca to people under 60 years of age.

The trial, called CombivacS, will be carried out in five Spanish hospitals, including the San Carlos Clinic in Madrid and the Vall d’Hebrón in Barcelona.

The trial will consist of 600 volunteer patients, all from different age groups and places in Spain. The goal is to “provide an answer” on the effectiveness of this combination within 12 weeks of the first dose of AstraZeneca.