Andalucia to propose more freedom for those who've had jabs 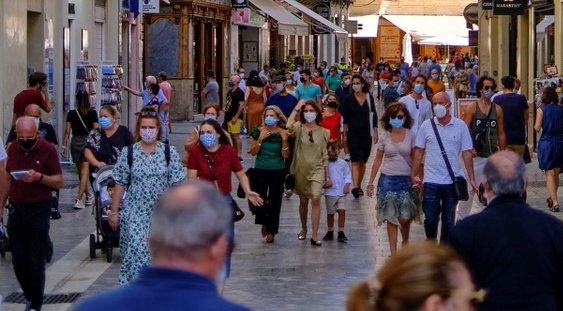 Andalucia to propose more ‘freedom’ for those who’ve had jabs.
THE Andalucian Government has called for a conference of presidents to discuss adopting measures that will allow those who have been fully immunised against Covid – having had two doses of vaccine – to regain all mobility rights lost due to the pandemic restrictions.
President of the Junta de Andalucia, Juanma Moreno Bonilla, said 600,000 people in the region have already had two jabs, and should be able to travel between regions and attend concerts and other shows, reports DiarioSur.
The government will argue the QR code digital vaccination certificate will allow the identification of people who are already immunised.
And the president stressed that this could contribute to the reactivation of the economy without having to wait for 80 per cent of the population to be vaccinated.
However, Moreno, also pointed out that Andalucia is in a situation of ‘extreme risk’ with a sustained but not ‘explosive rise’ in contagion.
But whether or not the measures are adopted to give more mobility rights to the fully immunised, the Andalucian Government is confident that mobility between provinces can be recovered from May 9.
Vice President, Juan Marin said this could be the case with a favourable evolution of the pandemic and the lifting of the State of Alarm.
But he aired concerns that autonomous communities still don’t have the necessary legal tools to take measures they consider appropriate after this period.
In other news, the autonomous region of Andalucia this week said it expects to receive 18.5 million tourists in 2021, generating a turnover of between €14 billion and €15 billion, which would represent an increase of 40 per cent compared to the disastrous 2020 when the virus was at its peak.
The Deputy Minister for Tourism, Regeneration, Justice and Administration, Alejandro Cardenete, pointed out on Monday, April, 20, that “in the United Kingdom they are practically vaccinated and are thinking about where to go in summer,” thus underlining that Andalucia is an optimal option because “it is a safe destination.”