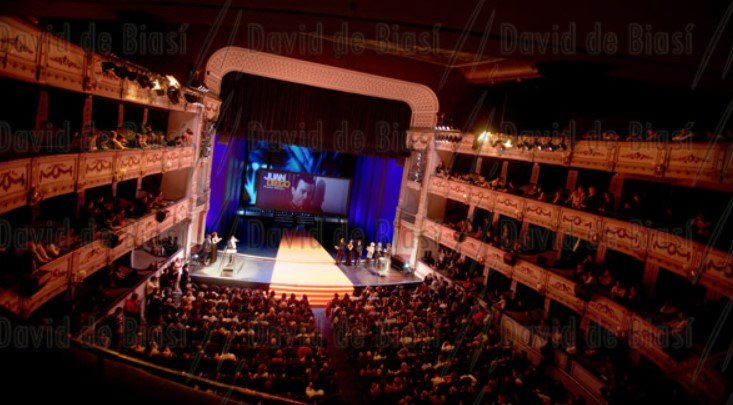 MÁLAGA’S Cervantes Theatre Cancels Its Opera Performances Of ‘The Barber Of Seville’
The famous Cervantes Theatre, on Ramos Marín Street in Málaga, had advertised two performances of the iconic opera ‘The Barber Of Seville’, to take place at the end of this month, but yesterday, Monday 19, the opera was cancelled, with no explanation coming yet from the theatre management at the time of writing.
Beckmesser website had managed to contact some of the performers who were taking part in the operatic performances, but they had no real information to relate, except to say that during Monday’s rehearsals at the theatre, Juan Antonio Vigar, the manager of the Cervantes, interrupted them to say the shows were cancelled.
Apparently, Vigar had cited the new coronavirus requirements by the Junta de Andalucía as the reason for the cancellation, that under the new rule that allowed only 150 seats to be occupied in the theatre, it made the opera impossible to stage.
The performers are reported as saying, “They have not given us anything in writing. The suspension has simply been verbally communicated to us”, but they did say that they were informed that each of their cases will be individually studied to assess payment for their rehearsal time spent, with the singers commenting, “In no case could we expect this. We don’t know what to do, where to shoot or what is going to happen with the performances”.
Two shows had been advertised, on April 30, and then again on May 2, featuring soloists Juan de Dios Mateos, Fabio Capitanucci, Clara Mouriz, Javier Franco, Javier Castañeda, Josep-Ramón Olivé, Mónica Campaña, and Alberto Jaenal.
In a state of bewilderment, the singers spoke about the fact that tickets were still on sale, because, “the rules were not being followed”, as reported by eldiariodemalaga.es.
The Euro Weekly News is running a campaign to help reunite Brits in Spain with their family and friends by capping the costs of PCR tests for travel. Please help us urge the government cap costs at http://www.euroweeklynews.com/2021/04/16/ewn-champions-the-rights-of-brits-in-spain-to-see-loved-ones-again/