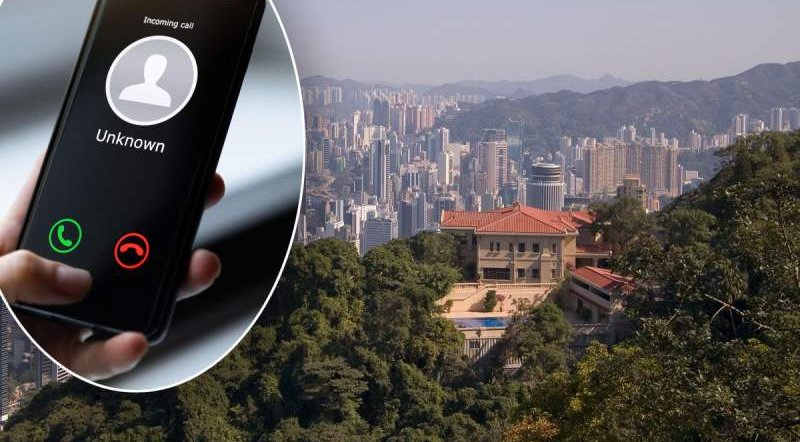 A 90-year-old woman has lost £23million – €26.22, to phone scammers in Hong Kong who claimed her identity had been used to commit a serious crime in China. Police have said it is the city’s biggest recorded phone scam.

This type of crime is not isolated to China, a massive police investigation resulted in the arrest of 94 criminals from across Spain who collaborated to steal over €500,000 from victims’ bank accounts last July.

Scammers targeted the elderly woman who lives in a mansion on The Peak, Hong Kong’s ritziest neighbourhood. The criminals apparently contacted the unnamed woman pretending to be Chinese public security officials and claimed her identity had been used in a serious criminal case in mainland China.

She was told she needed to transfer the money from her bank account immediately into a new one held by the investigation team for safekeeping and scrutiny, the South China Morning Post reported.

Police said several days later a person arrived at her house with a dedicated mobile phone and SIM card to communicate with the fake security agents who persuaded her to make a total of 11 bank transfers.

Over a period of five months, the elderly lady gave a total of HK$250 million (€26.22) to the scammers- the largest sum ever recorded by a phone con.

Police said the scam was only spotted because the elderly lady’s domestic helper thought something suspicious was happening and contacted her employer’s daughter who then alerted officers to the heist.

After an investigation a 19-year-old was arrested for fraud and has been released on bail, police said. Hong Kong has one of the world’s highest concentrations of billionaires, many of them frail and elderly, leaving them vulnerable to scammers.

THE gang mentioned about were part of a scheme that saw bank details, obtained by cloning a mobile phone SIM chip, being used to access customers’ accounts, thereby allowing the transfer of monies out to the gang’s own illegal accounts, one of the victims had a whopping €240,000 withdraw.