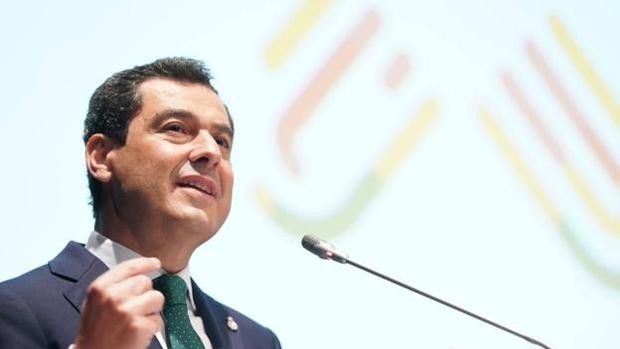 Andalucía’s President, Juanma Moreno, Has Hinted It’s Almost Time To Open The Borders And Reactivate The Regions Economy.
The community president is convinced that the time may come soon to open up the borders in the province and reactivate economic activity in the region.
The President said he was convinced that there is very little time left to recover ‘economic activity’ and that would mean that in a very few weeks, or in even a few days, decisions could be made that would help reactivate businesses in the municipalities.
“The time is approaching to reactivate the economy and therefore to structure the economy so that there is well-being, economic recovery,” he said.
Andalucía had planned to hold a new meeting of the expert committee this week but decided to postpone until next week to have a broader vision of the evolution of the pandemic which seems to have plateaued at the moment- experts have been highlighting the fact in recent days.
Public Administration and Interior Minister, Elías Bendodo, expressed his wish that next week 30 per cent of Andalucíans have one dose and ten per cent already have two.
In fact, on Thursday, April 22, Janssen vaccines will be available in Andalucía. All of this could contribute to making the measures in Andalucía more flexible in some way. Mobility between the provinces is currently closed and the curfew is still at 11:00 pm.
On Thursday, April 22, the data of the pandemic are taken as a reference to determine what level of closure the municipalities of Andalusia have. Wednesday’s data still pegged the community rate at 255.1 cases per 100,000 residents in the past 14 days, although it continues to decline, while 1,899 cases and 20 deaths were recorded.
THE Andalucian Government has called for a conference of presidents to discuss adopting measures that will allow those who have been fully immunised against Covid – having had two doses of vaccine – to regain all mobility rights lost due to the pandemic restrictions.
President of the Junta de Andalucia, Juanma Moreno, said 600,000 people in the region have already had two jabs, and should be able to travel between regions and attend concerts and other shows.
Source: Diario Sur
The Euro Weekly News is running a campaign to help reunite Brits in Spain with their family and friends by capping the costs of PCR tests for travel. Please help us urge the government cap costs at http://www.euroweeklynews.com/2021/04/16/ewn-champions-the-rights-of-brits-in-spain-to-see-loved-ones-again/