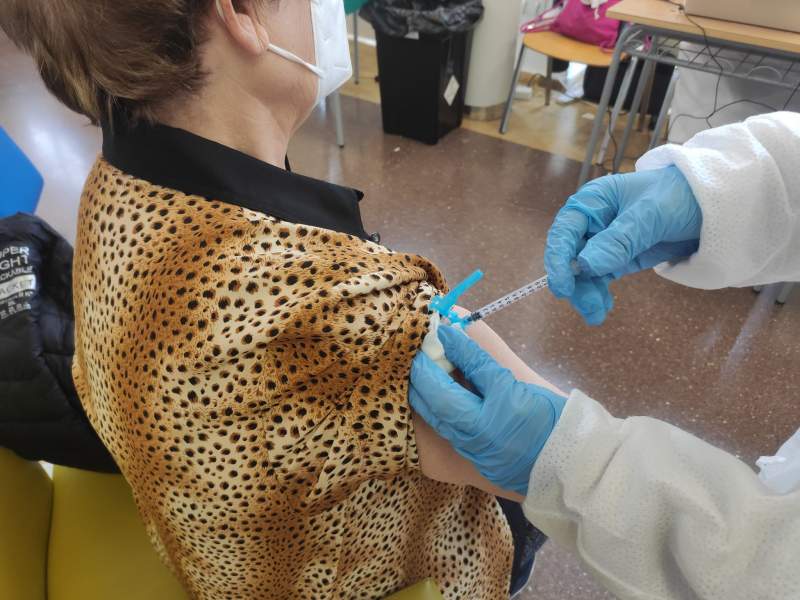 Mass vaccination centres in Valencia temporarily close due to lack of doses.
THREE centres – Ciudad de la Luz in Alicante, the Alicante Fair Institution of Elche and the Auditori i Palau de Congresos de Castellón – have reportedly been forced to close until Friday, April 24, when the Valencia Community is expected to receive a delivery of the Janssen vaccine.
According to Las Provincias, the centres temporarily closed their doors on Monday, April 19, while a further facility located in the City of Arts and Sciences is administering doses today, Wednesday, April 21.
As of yesterday evening, 1,319,7077 doses of Pfizer vaccine have been administered in the Valencian Community, 686,417 in Valencia City, 479,196 in Alicante and 154,094 in Castellon.
And 6.26 per cent of the Community’s population (316,968 people) have received both doses.
In Alicante, 164,119 people have been fully immunised in Valencia, 114,567 in Valencia and 38,282 in Castellon.
And in the last update from the Ministry of Health, 106 new infections were recorded yesterday, a figure which has remained stable since Easter, and there are currently 3,720 active cases.
A total of 388,588 infections have been recorded in the Valencian Community since the start of the pandemic.
Two days ago, the President of the Valencian Community, Ximo Puig, posted on Twitter that he has received his first dose of the AstraZeneca vaccination at the City of Arts and Sciences of Valencia.
The 62-year-old regional head accompanied his Tweet with the words: “Gràcies. Continuem.”
Earlier the same day, Spain’s vaccine rollout plan really kicked up a gear with the news that some 1.2 million doses of the Pfizer jab had arrived in the country, ready to be distributed to the autonomous communities.
Meanwhile, the Ministry of Health announced it will shortly begin a clinical study in which a dose of Pfizer will be given to people who have already received the AstraZeneca vaccine.