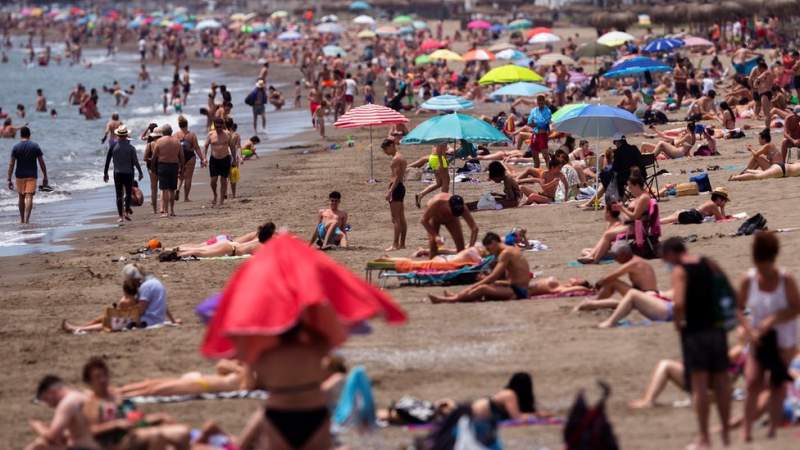 Phone theft on beaches solved by Lidl for 3.99! image: Pixabay

Brits dust off their suitcases as summer holidays to Spain look set to return.

FRESH hope has emerged this week for sun-seeking Brits and the top holiday destinations of Spain, Portugal and Greece as a senior EU official said that the UK will “certainly” be one of the first countries welcomed by European countries due to its rapid vaccine rollout scheme and its plan to introduce a Covid passport as early as June. The UK is expected to lift its ban on non-essential foreign travel on May 17, with Spain reportedly putting the pressure on the EU to remove Britons from the blanket entry ban, given that some 10 million people in the UK have already been fully inoculated against Covid.

“We are desperate to welcome you this summer,” Mr Valdés said.

Officials in Brussels met on Monday, April 19 to begin discussions on relaxing the travel ban, and according to The Sun, the data presented to the representatives of the 27 member states “support updating the approach for the safe lifting of restrictions on non-essential travel into the EU.”

An EU diplomat said: “There’s a discussion over whether incidence rate should be the defining factor, or if vaccination rates should also be looked at.

“That would all still be in the framework of the list.”

Leading holiday destinations like Spain, Portugal, and Greece are pushing for a revamp of the border curbs so they can welcome back people from Britain, which post-Brexit is now called a “third country”.

Already looking toward an influx of holidaymakers in the coming weeks, the autonomous community of Andalucía said it expects to receive 18.5 million tourists in 2021, generating a turnover of between €14,000 and €15,000 million, which would represent an increase of 40 per cent compared to the disastrous 2020 when the virus was at its peak.

The Deputy Minister for Tourism, Regeneration, Justice and Administration, Alejandro Cardenete, pointed out on Monday, April, 20, that “in the United Kingdom they are practically vaccinated and are thinking about where to go in summer,” thus underlining that Andalucia is an optimal option because “it is a safe destination.”