Latest news in brief from the Costa del Sol 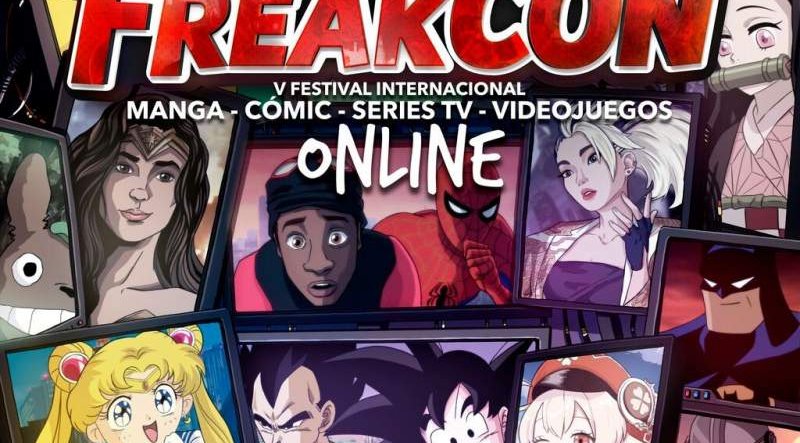 Get your Freak on at FreakCon

Freakcon
GET your Freak on at FreakCon which will be an interactive festival of manga, comics, TV series and video games held this year online on April 24 and 25. For two days, FreakCon, supported by the Diputación de Malaga will offer festival fans workshops, lectures, concerts, tournaments, raffles, exhibitions as well as meetings with guest artists via TWITCH.
Lost hikers
MARBELLA Firefighters assisted by the Civil Protection rescued five foreign hikers last Sunday, April 18 when they were split up and became lost in the Arroyo de Monchalbán area. One party of four was split in two whilst the fifth hiker got lost in Los Monjes.
Surfing Adventure
UNDER this title, the Mijas Council is organising a fun event on May 9 which will involve 50 young people aged over 13 receiving training in kayaks and paddle boards whilst at the same time collecting rubbish from the sea.
Extra space
AT a cost of €59,626 pedestrians on the La Cala bridge in Estepona will benefit from a new project which will see the pavement widened by 1.2 metres along the 24 metres of the bridge in order to make it safer from traffic.
Lifeguard course
USING European Union funds, the Torremolinos Red Cross is offering those aged between 18 and 60 years of age who are currently unemployed and are resident in the municipality an opportunity to undertake a free beach lifeguard course that lasts one month.
Talent show
PLANS are now underway for Manilva to have its own competitive talent show with classes up to 16 and 16 and over, the final of which will take place on September 18 at the Manilva Pavillion. Participants are invited to send videos of their performance for consideration.
Water Park
WITH a budget of €148.746, the Casares Council has gone to tender to find a company to build a fun water park in the Huertezuela area, alongside the skateboarding track which will offer a dozen water diversions including cannons and jets.
Protecting history
DUE to land erosion, parts of a wall between the Paleo-Christian Basilica Vega del Mar and the beach by Linda Vista Baja were exposed to the elements and a specialist company has to be employed to protect the archaeological remains. Whilst formal approval for the work was awaited, the area was sectioned off to traffic.