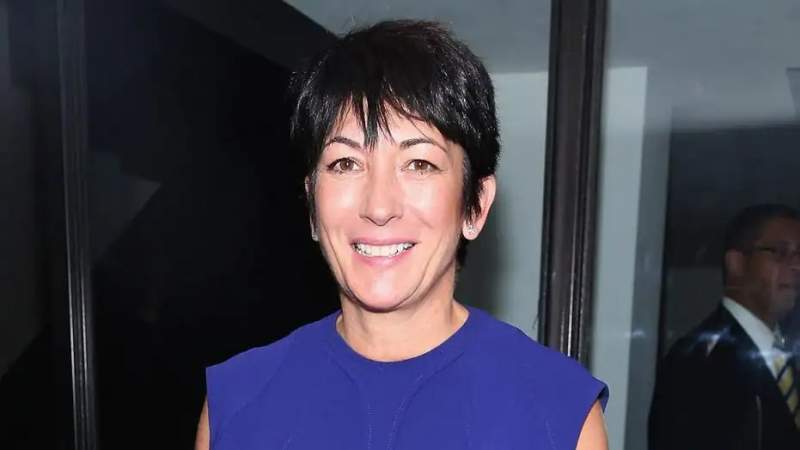 Ghislaine Maxwell is accused of grooming and recruiting teenage girls for Jeffrey Epstein to sexually abuse. Maxwell, 59, has been under detention in a federal prison in Brooklyn since she was first charged in July 2020. She appeared in-person for the first time to the Manhattan courthouse, where she wore her hair down and appeared thin and weak.

Epstein’s alleged madam wore blue prison-issued clothing and sneakers as she sat flanked by attorneys. Her ankles were shackled, but her hands were not cuffed. She spoke only when prompted Friday, telling the judge, “Yes, your honor” and “I have, your honor,” before one of her lawyers entered the not guilty plea on her behalf.

They previously had charged Maxwell with helping Epstein recruit and groom three other girls for him to sexually abuse from 1994 to 1997. Maxwell had pleaded not guilty to the earlier charges, which included two perjury counts.

Her trial is scheduled to begin on July 12, provided a courtroom is available and the judge rejects Maxwell’s bid for a months-long delay- the perjury counts would be handled separately in a second trial. If convicted of the charges, Maxwell faces a maximum of 45 years in federal prison, said a rep for the US Attorney’s Office for the Southern District of New York.

Ghislaine Maxwell is disturbed by a flashlight every 15 minutes in her cell to make sure she hasn’t killed herself like Jeffrey Epstein and is subjected to ‘more onerous conditions than the Bureau of Prison’s most dangerous inmates,’ her lawyers wrote Tuesday, November 24 in a letter.