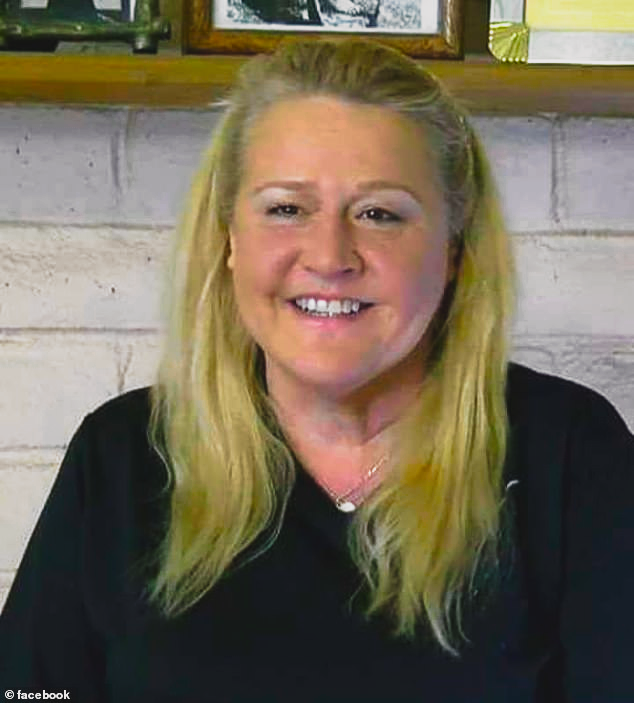 The neice of Bee Gee’s frontman Bernice Gibb Rhoades, 56, known to family and friends as Beri, was discovered unconscious on a mattress with her dog by her side at her home in Las Vegas by her husband Chino. Beri’s group of friends and family have paid tribute after she died of a suspected coronary heart assault days after receiving her second dose of the Pfizer coronavirus vaccine.

Beri’s mother Lesley Evans, 76, told MailOnline: ‘I don’t even know what to say – I am so angry that this has happened to my beloved girl. She was fit, healthy and happy, but now we face the future without her. These past few days have felt how I did when we lost Andy. I was so numb and I used to pretend he was still on tour to cope with the pain.’

The Gibb family has suffered family losses throughout the years. Robin Gibb passed away in 2012 after battling cancer for a number of years, while his twin brother Maurice, who normally played keyboards and sang backing vocals, died in 2003 due to complications of a twisted intestine.

Their younger brother Andy Gibb died aged just 30 in 1988 after battling drug addiction and depression for many years.

Kenneth Branagh, aged 60, and best-known for starring in Shakespeare plays including ‘Much Ado About Nothing’ and as Gilderoy Lockhard in the ‘Harry Potter’ films, has been named as the director of a forthcoming Bee Gees biopic film for Paramount Pictures, it has been claimed by Deadline.

Pfizer vaccine under review in Norway

Doctors in Norway have been told to conduct more thorough evaluations of very frail elderly patients in line to receive the Pfizer BioNTec vaccine against covid-19, following the deaths of 23 patients shortly after receiving the vaccine.

“It may be a coincidence, but we aren’t sure,” Steinar Madsen, medical director of the Norwegian Medicines Agency (NOMA), told The BMJ. “There is no certain connection between these deaths and the vaccine.”

The agency has investigated 13 of the deaths so far and concluded that common adverse reactions of mRNA vaccines, such as fever, nausea, and diarrhoea, may have contributed to fatal outcomes in some of the frail patients.

“There is a possibility that these common adverse reactions, that are not dangerous in fitter, younger patients and are not unusual with vaccines, may aggravate underlying disease in the elderly,” Madsen said. “We are not alarmed or worried about this, because these are very rare occurrences and they occurred in very frail patients with a very serious disease,” he emphasised. “We are now asking for doctors to continue with the vaccination, but to carry out an extra evaluation of very sick people whose underlying condition might be aggravated by it.” This evaluation includes discussing the risks and benefits of vaccination with the patient and their families to decide whether or not vaccination is the best course.